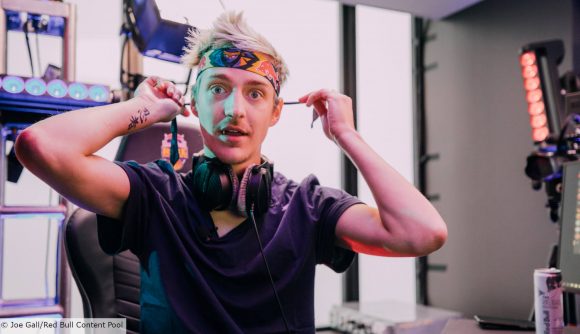 TSM Fortnite pro Anthony ‘ZexRow’ Colandro will not be returning to Mixer’s Ninja Battles after a post-game rant telling other “brain dead” players to “suck my dick” among other insults. Ninja Battles is Mixer’s new Fortnite tournament hosted of course by Tyler ‘Ninja’ Blevins himself and ZexRow had played a match landing himself in the top ten.

In a post-match interview with ZexRow, instead of displaying any sort of sportsmanship, the player decided to insult anyone outside of the top ten placements. Ninja asks if he has any shout outs, and his response was, “No I’m not really working on anything, we’ll see if I do good in solos.

“But last time stuff in CS didn’t go so well but I just made more than top nine in it so everyone that didn’t place in top ten can like suck my dick. They’re fucking shitters. I don’t know why they talk shit they’re also dogshit and brain dead, that’s all I’m saying.”

After the first set of insults, Ninja tries interrupting ZexRow but the damage was done. This bizarre cursing spree comes to an end and Ninja quickly moves on. Later Ninja responds to the comments on Twitter. ZexRow wrote “aww shit forgot parents watch I’m sorry” and Ninja responded with “Congrats on your first and last Ninja battle placement!” confirming that ZewRow will no longer be competing in the tournament.

Congrats on your first and last Ninja battles placement!

I am actually really sorry about that, it was a really bad lapse in judgement and I didnt think in the moment and forgot that there was kids watching, and even so it was too far. Thank you to @Ninja for hosting the tournament and im sorry I ended it on that sour note

The tournament was aiming to be family-friendly, as both Ninja’s audience and many Fortnite players are on the younger side of gamers which is perhaps why these words came across so harshly.

Since the apology, ZexRow has also tweeted about leaving TSM, as he is a “PR nightmare” but without more context or further statements, it’s unknown if these sentiments are serious.