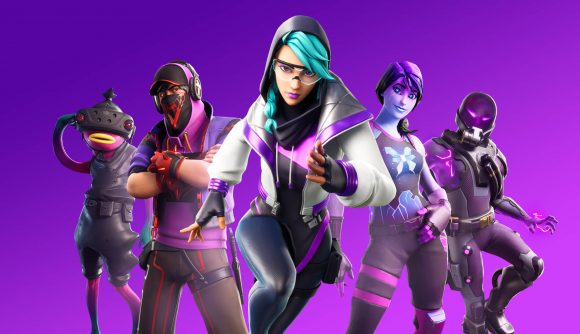 Team SoloMid has released its entire Fortnite roster and announced its departure from Fortnite esports. Mack ‘MackWood’ Aesoph, Rocco ‘Saf’ Morales, and Kerry ‘Ferrrnando’ Salas are now all free agents and looking for teams ahead of the 2021 Fortnite Championship Series.

The move comes after the cancellation of the 2021 Fortnite World Cup, which was announced late last year. However, Epic Games has since pledged a total $20 million prize pool over the course of the Fortnite Championship Series this year. This is a $3 million increase from last year, which went some way to assuage many fears that Fortnite esports would suffer in the absence of the World Cup.

However, TSM still has a few Fortnite players such as Ali ‘Myth’ Kabbani on its roster. Myth is signed to the team as a content creator rather than an esports player, as he hasn’t competed in a Fortnite esports tournament for a couple of years now.

TSM announced the dissolution of its esports team on Twitter, saying, “Thank you for everything you contributed to TSM during your time with the org. We wish you all the best in your future endeavors.”

Today we’re announcing our departure from competitive Fortnite and parting ways with @MackWood1x, @TSM_Ferrrnando, and @Safarooniee.

Thank you for everything you contributed to TSM during your time with the org. We wish you all the best in your future endeavors. pic.twitter.com/A9M9TchuA6

Mackwood tweeted that he is “super happy” that he’s now a free agent, with Saf just quote tweeting the announcement with the comment “GGs only”. Ferrrnando is less active on Twitter, and hasn’t commented on the announcement at the time of writing.

The team members seem happy with the decision, and Saf has already been playing with Josh ‘Commandment’ Roach and NRG player Williams ‘Zayt’ Aubin who retired from competitive play earlier this year to focus on his streaming career, although recently suggested he may return to esports. Despite their release from TSM, we could see Saf, MackWood, and Ferrrnando competing in tournaments when the FNCS kicks off this week.