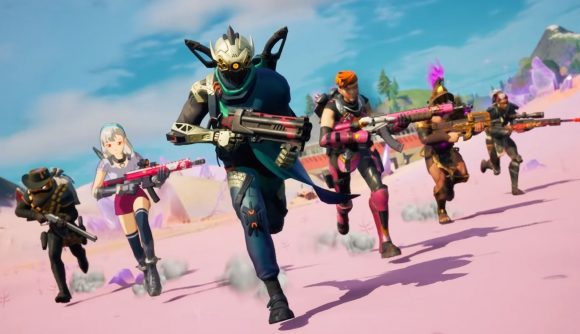 Guild Esports is further expanding its Fortnite roster and has picked up one of the competitive scene’s most promising players. Slovenian teenager Tai ‘TaySon’ Starčič has signed as Guild’s fourth Fortnite player, and it’s easy to see why the organisation has snapped him up. The 16-year-old ended 2020 as the top ranked player in Europe after winning back-to-back Fortnite Champion Series titles.

TaySon first garnered attention in the Fortnite scene during the FNCS events in Chapter 2 Season 2, where he duoed with German player ‘JannisZ’. However, it was in Chapter 2 Season 3 – which was a Solos format – that he really made a name for himself, winning the entire season while representing Eleven Gaming. The following season as a free agent, he formed a trio with two of Europe’s finest – Team Liquid’s Dmitri ‘mitr0’ Van de Vrie and FaZe’s Kyle ‘Mongraal’ Jackson – and won the FNCS title again to become a back-to-back champion.

TaySon will now look to secure a third successive FNCS in Season 5 as part of Guild. Since announcing its first Fortnite star in November 2020 – which was Nikolaj ‘Flikk’ Frøsle – Guild has rapidly expanded its roster, adding a new Fortnite pro to its ranks every month since.

As well as TaySon and Flikk, Guild also has Anas ‘Anas’ El-Abd and Henrik ‘Hen’ Mclean in its Fortnite arsenal. It is unclear whether any number of them will be teaming together for Season 5, which like all FNCS events in 2021 will be Trios as standard.

Welcome to the undisputed king of EU Fortnite @TaysonFN!

Our crystal ball says it’s time to turn that 2X into the 3X 🔮👊#GuildTaySon #GuildGang pic.twitter.com/BsV1fL5IDp

As well as its big Fortnite push, Guild has also signed players and teams for FIFA, Valorant, and Rocket League since being launched in June 2020.