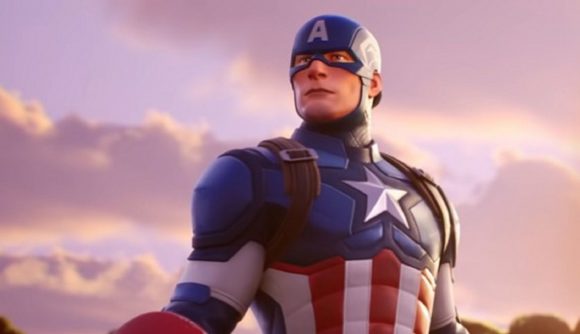 A number of Fortnite players are concerned that certain skins may be giving players a competitive advantage. The superhero skins that Epic released as a part of Fortnite’s collaboration with Marvel were a cool addition to the game, allowing players to fully customise their own superhero to fight the likes of Thor and She-Hulk in battle royale mode.

However, some players have surveyed the options and – instead of creating a cool hero with dazzling spandex – set every colour option to black. This wouldn’t be a problem, except these players are pretty much invisible when hiding in a shadowy corner.

As most players enter a room and quickly scan it, it is practically impossible to spot a player wearing all-black hiding in a shadow. But the camping isn’t the real issue with this skin, it’s the fact that some players see it as a paid-for cosmetic item offering an in-game advantage. This is something that Epic has been careful to avoid for the entirety of Fortnite’s lifespan, but the all-black skin seems to contradict its previous stances.

A green army soldier skin called Plastic Patroller was added in Chapter 1 Season 9, as a clear reference to the toy soldiers that many of us played with as children. However, the camouflage colours made the outfit impossible to spot in bushes, and Epic quickly changed the skin. Patch notes v10.10 “added mud smears, wear and tear, and a brighter outline,” rendering any competitive advantage useless. Epic also offered players who bought the skin originally a refund on their purchase.

So do you guys think the black superhero skins need a nerf? from FortNiteBR

Turned up the contrast on u/Pricytoaster’s image and yep, a skin is there. from FortNiteBR

As you can see in these images uploaded to Reddit, the all-black variant of the superhero skin offers a clear advantage. The skin cost 1,800 V-bucks when it was released, but is no longer available in the item shop.

Players believe that this is a clear pay-to-win advantage, and are surprised that the superhero cosmetics haven’t been addressed in the four months since their release. Many suggest forcing a minimum of two colours on outfits, or giving them a glowing outline for when they’re in shadows.

With rumours circulating of the superhero skins returning to the shop this week, we expect to either see a patch accompanying them, or a lot more players exploiting the colours.

Update: Fortnite has confirmed that it is “temporarily disabling” the superhero outfits while it works on a fix.

Due to an outstanding issue with the Boundless Set, we are temporarily disabling these Outfits from competitive play. Players who select one will instead appear as a Default Outfit in competitive playlists.

The set will be re-enabled in v15.40 when the issue is resolved. pic.twitter.com/9h8tdNWfFj