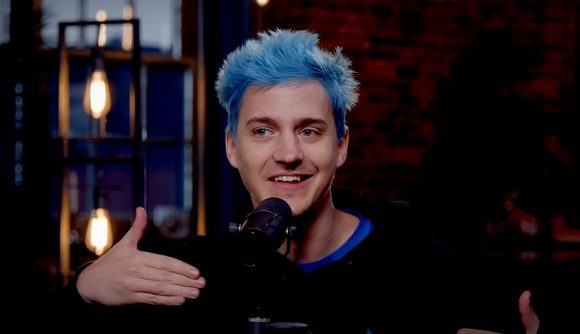 “Did we just take a time machine?” shouted Tyler ‘Ninja’ Blevins as he streamed Fortnite on Twitch with his old pal Ali ‘SypherPK’ Hassan. It’s easy to see why people might think that. Despite his luscious lockdown locks, yesterday’s stream felt almost as if he’d never been away from the platform.

In reality, Ninja has only been back on Twitch for a shade over a month, after he was released from his exclusive contract with Mixer when the platform collapsed. Despite making his name playing Fortnite, in recent years Ninja has played less and less of the game that led to his success. Since his return to Twitch, he has mostly been streaming Valorant ranked and lighthearted Among Us games.

However, it seems that he can’t stay away from his old haunts. As he returned to the platform where he built his career, he’s also returned to the game that he is best known for.

Ninja tweeted that he was “feeling rejuvenated” playing Fortnite again, and seemed genuinely excited at some of the new additions to the game, suggesting players were “sleeping on” Season 4. And as one of the biggest streamers in the world, his recommendation carries some weight.

In particular, the fishing caught his attention, especially the game-changing floppers that players can reel in to grant them special abilities for a limited time. He and Sypher played duos for over six hours on Thursday, which is a testament to their enjoyment if ever there was one.