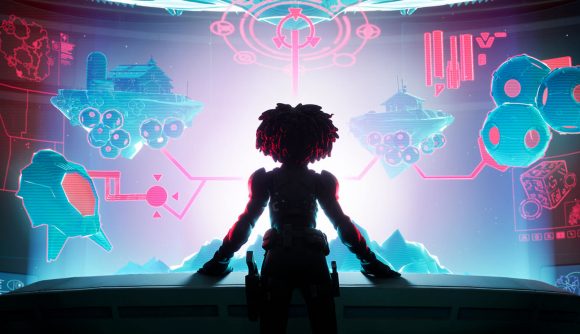 We’re now within touching distance of the end of Fortnite Chapter 2, Season 7, and, as is now customary, fans are getting ready for yet another grand finale. Epic Games has now revealed the full details for Operation: Sky Fire and it sounds pretty explosive.

But when does the Fortnite Chapter 2, Season 7 finale actually start? Well, Epic has confirmed the Operation: Sky Fire start time is 1pm PT / 4pm ET / 9pm BST / 10pm CEST on September 12. Players will be able to join the lobby with up to 15 others 30 minutes before launch.

Like other Fortnite events, Operation: Sky Fire is not replayable and will provide the conclusion for this space-themed season. In other words, if you’re invested in Doctor Sloane’s story (like any true undercover IO agent should be), you’re not going to want to miss this.

To help prepare you for this last ditch mission, Epic Games is launching a Bargain Bin Wild Week for you to spend your Bars from 7am PT / 10am ET / 3pm BST / 4pm CEST on September 9.

You’ll also need to complete any Epic and Superman quests before the end of the season if you’re looking to snap up any extra rewards.