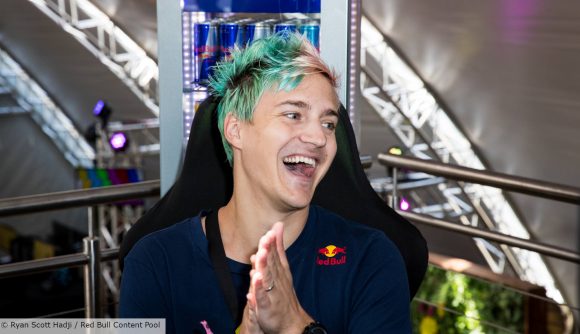 Fortnite streamer Tyler ‘Ninja’ Blevins his revealed that after years of being one of the battle royale’s top streamers he’s finally getting his own life-like skin.

Making the announcement during a livestream, Ninja was visibly excited before hand, saying: “I don’t think I’ve been this nervous in a long time. I feel like a kid.” The skin sees an animated Ninja wearing a Ninja-branded hoodie, his trademark headband and blue hair features a new back bling, Ninja’s Edge, and a new pickaxe, Dual Katanas. The Ninja skin is available from tomorrow, January 16, in the Fortnite store, but that didn’t stop Ninja giving his fans a sneaky preview on his January 15 livestream. He couldn’t contain his excitement when he opened up his inventory, shouting: “Oh my god! Bro look at that, it looks just like me!”

Ninja isn’t the only content creator getting himself an in-game skin, however. The announcement is just the first of three in what Epic Games are calling the Icon Series, and teased that one of Twitch’s biggest female streamers, Kathleen ‘Loserfruit’ Belsten, and extremely popular Spanish streamer David ‘TheGrefg’ Canovas, will also be getting skins.

Fortnite fans have been crying out for skins of their favourite streamers and YouTubers for a while now, and this series could pave the way for even more big personalities in the Fortnite community to get themselves in the game.

Ninja’s announcement was met by massive encouragement from fellow streamers, such as Ben ‘DrLupo’ Lupo and Guy ‘Dr DisRespect’ Beahm.

Every little detail of this skin is awesome, hats off to the artists that made this look so damn good.

Congratulations, dude. Something we’ve joked about for a long time, and now here we are. 👏👏👏

I will say this, it took way too long for Epic to add an influencer skin, let alone a @Ninja skin.

These skinny developers from North Carolina finally woke up.

It is currently unclear when the next two skins in the Icon Series for TheGrefg and Loserfruit will drop. Epic also tease that there will be further skins added to the collection that resemble “creators from games, music and entertainment.”