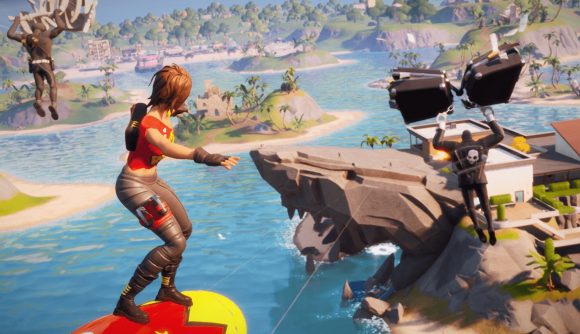 Rather than TSM’s Anthony ‘ZexRow’ Colandro leaving the team for his unsavoury comments on Ninja Battles, the organisation has fined the Fortnite pro a month’s salary. The money will instead go to charity, according to TSM.

On May 28, Tyler ‘Ninja’ Blevins held the first instalment of his new Fortnite tournament Ninja Battles on Mixer. Inviting some of the best pro players around, the competition was fierce. In the trios match up, TSM, comprising of ZexRow, Mack ‘MackWood’ Aesoph, and Jonathan ‘Calc’ Weber came out on top. However, in a post-game interview, ZexRow decided it was best to insult any players that came outside of top ten, calling them “brain dead” and telling them to “suck my dick”.

Shortly after the competition ended, ZexRow received criticism from the Fortnite community leading him to apologise and tweet about contemplate leaving TSM all together. We now know that ZexRow won’t be leaving the team but will receive a fine of one month’s salary. TSM is donating that money to the charity Big Brothers and Big Sisters of America.

ZexRow also got a warning that if ever something like this were to happen again, he would have to leave TSM. In the official statement from TSM CEO Andy Dinh, he warns that “[TSM] have informed him that we have a no tolerance policy for this kind of behaviour, and that we will be forced to part ways if something like this should occur again in the future.”

ZexRow will not be returning to Ninja Battles if Ninja’s previous tweet also stands.