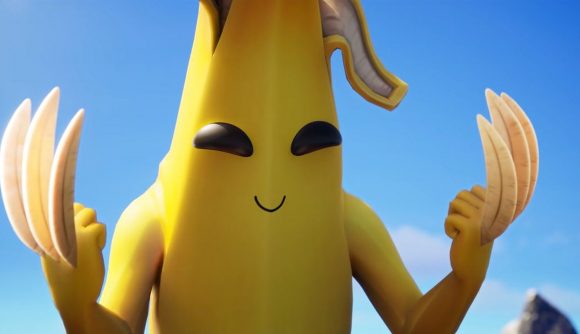 In the next couple of weeks, gamers around the world will be getting their shiny new next-gen consoles delivered at their doors – or they’ll be brawling each other to grab the last one off the shelves. Either way, it’s nearly time for the PS5 and Xbox Series X|S, and now one of the world’s biggest games has revealed details about performance and next-gen enhancement features: Fortnite.

The free-to-play battle royale – which is a launch title for the Xbox Series X|S and the PS5 – may not be quite the phenomenon it once was, but it still boasts millions of players worldwide. Epic Games has now given a full rundown of Fortnite’s performance specs and what players can expect on their powerful new consoles.

Epic states that on both the Xbox Series X and PS5, Fortnite will run at a “smooth 60FPS” with 4K resolution. The Series S will also run at 60FPS, but only with 1080p resolution. All next-gen consoles will also have a “dynamic visuals and physics” upgrade that results in “grass and trees responding to explosions, cooler-looking smoke and liquid effects, and all-new Storm and cloud effects.”

Both consoles will also have vastly improved load times, both for heading into a game from the lobby and for textures.

While all these upgrades are found across both consoles, the PS5 has a few extra party tricks.

For example, the fancy haptic feedback you can experience using the new PS5 controller will be utilised in Fortnite. Epic says it has “integrated haptic trigger feedback for ranged weapons on the new DualSense controller,” so expect some unique feel through the controller for sniper rifles or hunting rifles.

Next Gen. Next Week!

Learn details on the new versions of the game: https://t.co/67dfhaHhN4#PlayStation5 💙 💚 #XboxSeriesX

The PS5 has another ace up its sleeve for Fortnite. It’s new PS5 Activities feature will allow you to set your favourite Fortnite mode to the UI, so you can load straight into a Solo, Duo, or Quads lobby.

While you get a little more in the way of new features on the PS5, the graphical improvements alone will be a great addition to your next-gen Fortnite experience.

Both the PS5 and Xbox Series X|S will link up with other platforms in Fortnite’s cross-play and cross-progression system, so all of your progress, stats, and skins will carry over to the shiny new next-gen island. Huzzah!