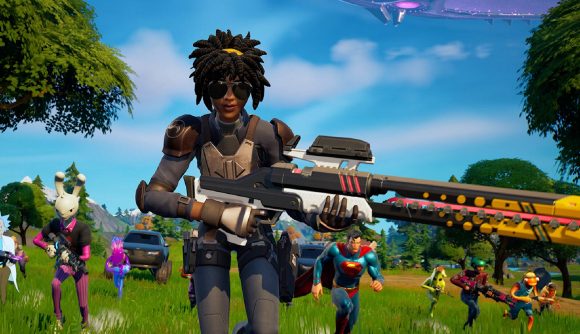 Manchester City’s esports division has, since its inception, been laser focused on FIFA. From eClub World Cup appearances to an ePremier League win this year thanks to Shaun ‘Shellzz’ Springette, the football club has become a force to be reckoned with in that competitive arena.

For the first time though, it’s branching out into a new esport: Fortnite. Interestingly though, it isn’t looking to snap up an existing talent. The position for Man City Esports’ first pro Fortnite player will be open to all through a recruitment drive dubbed City Solos Hunt. The ideal candidate will be someone who is both a cracked Fortnite player with tournament-winning potential, and someone who won’t shy away from creating great content.

The campaign draws similarities to the FaZe5 competition run by FaZe Clan – which is partnered with Manchester City – which asks aspiring content creators to apply and complete a series of challenges to become a member of the famous organisation.

Anyone wishing to become Man City Esports’ first ever pro Fortnite player simply has to fill out a form – but only if you’re 16 or over. The application window closes on July 11.

Enter now and you could be our new player 👇https://t.co/5DxE7siPOz#ManCitySolosHunt #Fortnite #ManCity

While the City Solos Hunt was big news in the Fortnite world, it was somewhat underwhelming for all the League of Legends fans out there. Why? Because many believed that yesterday’s announcement would see Manchester City named as the team that has purchased Schalke 04’s spot in the LEC after the German club’s director of esports retweeted a Man City Esports post.

Nevertheless, the news of expansion at one of England’s biggest football clubs is exciting, with City joining the likes of Wolves, AS Monaco, and the aforementioned Schalke 04 as clubs that have broadened their horizons in esports beyond just FIFA.