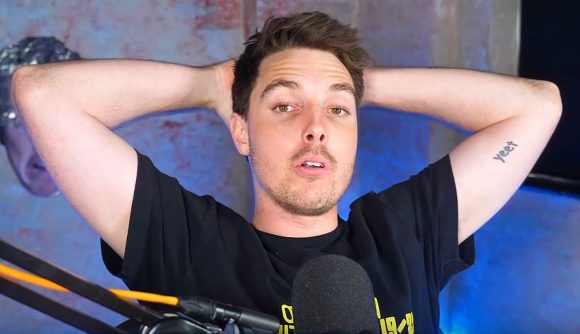 Fortnite streamer and YouTuber Lannan ‘LazarBeam’ Eacott may have just set a world record in Fortnite for the longest game ever played in the battle royale.

Along with help from his friends and some of his viewers, LazarBeam managed to survive for an insane amount of time, even when taking heaps of damage from the storm. Using a shed load of bandages, med kits, and floppers, LazarBeam and his crew managed to break the hour mark in their game, lasting a grand total of one hour, four minutes, and 55 seconds.

“That’s it!” shouts LazarBeam as his final friend falls victim to the storm, leaving him with the victory royale. “That’s it, chat. Surely that was an hour… That has to be the longest game in Fortnite history, that has to be. That was so stressful, chat.” The Australian then proceeds to open up his game history to check the result, leading to celebrations from him and his friends who helped achieve the record.

“It went for an hour!” he says, throwing his arms up in the air. “An hour and five minutes! The longest game in Fortnite history! Take a look at it!”

Lazarbeam and AlexAce along with their amazing fans, managed to pull a 1 hour long Solo Match, marking it as the longest Solo Match in Fortnite History, and Possibly EVER! from r/FortNiteBR

While this hasn’t beaten any official record as there’s no evidence of anyone actually attempting this feat before, it is now certainly the indisputable benchmark for people to try and beat.

LazarBeam has a habit of pushing Fortnite to the ragged edge and experimenting with the game, such as spawning a thousand bots into a Battle Lab lobby.