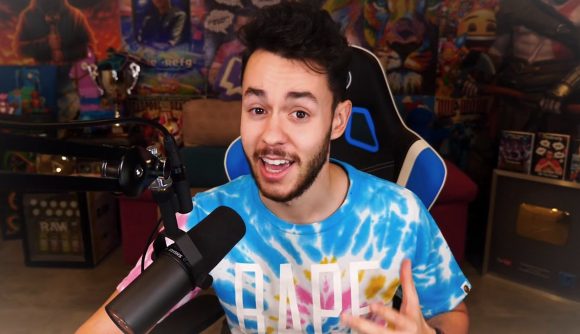 The event, which brought Chapter 2: Season 4 to a close with a gargantuan Marvel villain Galactus looking to destroy the Fortnite island, not only broke the in-game player record set by Travis Scott’s virtual concert, but was also a hit on streaming platforms. According to Epic Games, 3.4 million were watching across YouTube Gaming and Twitch.

However, TheGrefg had a considerable slice of the viewership pie, and according to the metrics on his own Twitch dashboard, the Spaniard saw a peak viewership of around 660,000. Not only is this almost 20% of the entire viewership of the Galactus event reported by Epic, it is also a new record on Twitch: the highest peak viewership achieved by an individual streamer. This means that it has beaten the long-standing record held by Tyler ‘Ninja’ Blevins for his famous Fortnite stream alongside Drake and Travis Scott in 2018.

Although TheGrefg claims the exact figure is yet to be confirmed, it likely won’t fluctuate too much from what his Twitch dashboard was displaying.

His 660,000 is still some way off the peak audiences recorded by several YouTube Gaming streamers, such as Lannan ‘LazarBeam’ Eacott who saw over 900,000 tune in to his stream of the Chapter 2: Season 2 live event.

While Fortnite events are some of the biggest moments of the year for streamers, the Galactus event has caused some concerns for its use of an AC/DC track. In a time where streamers are increasingly anxious and frustrated with DMCA strikes and copyright claims, Twitch has urged creators to delete clips and VODs of the event and many streamers were forced to quickly mute their audio for a portion of the event.