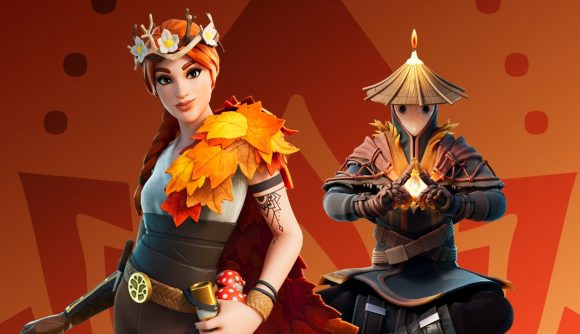 Epic Games has announced a new subscription service for Fortnite that gets you a host of rewards, including the seasonal Battle Pass, for $9.99/£9.99 a month. Fortnite Crew, as it’s known, is set to launch alongside Chapter 2, Season 5 on December 2.

Beyond instant access to current and future Battle Passes, you can also net yourself 1,000 V-Bucks and an exclusive Crew Pack each month by subscribing. Early adopters will be the first to earn the Galaxia Outfit, Cosmic Llamacorn Pickaxe, and Fractured World Back Bling come December 2. Check out those in the pic below.

Monthly Crew Packs will always contain a new outfit and at least a single accessory. These items are wholly exclusive to subscribers, meaning that they will never be sold or given away to non-subscribers.

You’ll be able to purchase a Fortnite Crew subscription through the Item Shop or Battle Pass screen, and you can cancel your sub whenever you like. If you do decide to unsubscribe, you’ll retain all of your Battle Passes, V-Bucks, and Crew Packs earned through Fortnite Crew. Plus, if you’ve already bought the current Battle Pass and shell out for a Fortnite Crew sub, 950 V-Bucks will be credited back to your account. 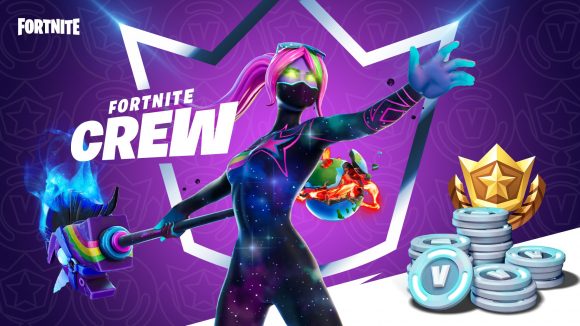 If December 2 rolls around and you still don’t have the option to subscribe to Fortnite Crew, there’s a chance that the service isn’t yet available in your country or on your platform of choice. Your selected payment method may also be unsupported, though Epic is currently working to add more options.