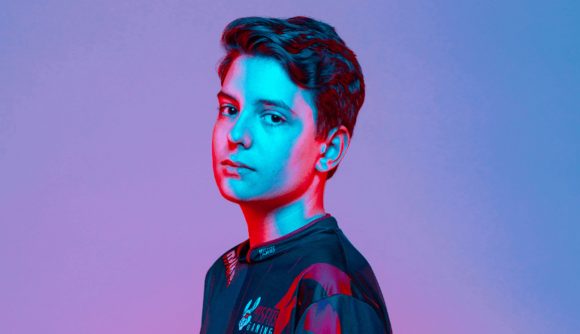 One of the youngest players to play Fortnite professionally has been banned from Twitch for seven days, after he was caught playing with another banned player on stream.

Cody ‘Clix’ Conrod, who plays for Misfits Gaming, was handed the ban last night (November 11) after playing with Zayn, who is banned indefinitely from the streaming platform. Twitch’s terms and conditions clearly state that streamers cannot play and stream with someone currently serving a platform ban.

However, the 14-year-old has hit out at Twitch after Khanada, another Fortnite streamer, only got banned for three days despite doing the exact same thing. Both players had Zayn muted, and Clix even went as far as to change Zayn’s name on stream.

Despite that, and the fact this is Clix’s first offence, the player has been banned for seven days. The pro has called the decision “pathetic” but has pledged to get the ban reduced and come “back stronger than ever.”