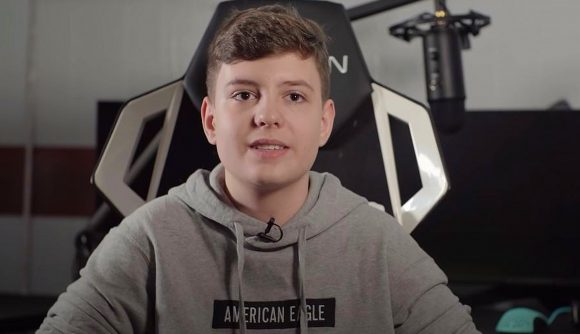 Clix, who leaves Misfits after just over a year with the team, was given a very special welcome to the NRG “family” by one of its main investors, NBA legend Shaquille O’Neal. As well as being one of the Fortnite scene’s top competitors, he is also one of its most popular streamers, and his June 1 livestream from after the NRG announcement pulled in close to 190,000 viewers. Clix joins what is arguably the most talented lineup of Fortnite pros out there, with NRG investing big in bringing onboard a number of talented players such as Benjy ‘Benjyfishy’ Fish, Shane ‘EpikWhale’ Cotton, and Dominick ‘Unknown’ Green.

While Clix is yet to win a major event, he really burst onto the scene after some impressive performances at the 2019 World Cup. The then 14-year-old took home over $150,000 in prize money after finishing 18th in the Solos event and 35th in the Duos event alongside former teammate Griffin ‘Sceptic’ Spikoski.

Combined with earnings from other tournaments, Clix has racked up over $230,000 from competitive Fortnite, according to Esports Earnings.

His prowess as a content creator will also likely be a big factor in NRG signing him up, with Clix boasting over a million Twitch followers and 840,000 subscribers on YouTube.