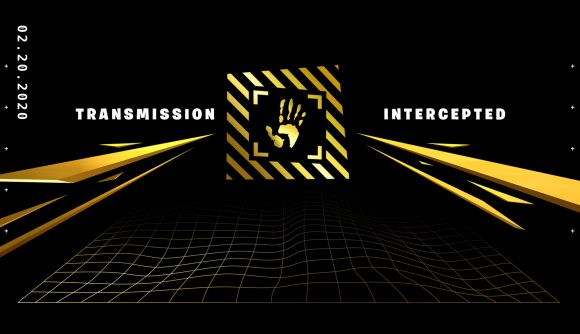 Batten down the hatches because it looks like a gold rush is coming to Fortnite. With just three days left until the start of the new season, Epic Games has started to tease players about Chapter 2: Season 2 online.

An image showing a gold handprint on what looks to be a biometric reader has appeared on Fortnite’s official social media pages. The words “transmission intercepted” accompany the image along the with the new season’s start date – February 20.

This teaser follows a number of in-game and real world advertisements for the battle royale’s new season, which is expected to bring an entirely new theme to the game. Fans spotted video teasers playing on billboards around the world this weekend, phone lines from “The Agency” gave out cryptic messages about the new season, and gold-themed teasers were discovered in-game.

A number of references to vaults, safes, and gold bars have also been discovered, so there’s a real chance Fortnite Chapter 2: Season 2 will have gold materials. That’s in addition to the new physics engine which Epic Games confirmed will form part of the new season.

With just three days left until the big reveal, fans won’t have long to wait to find out what all this gold means. Hopefully it’ll be on the same scale as Chapter 2’s big reveal. In the meantime, we’ll stock up on shovels. We’ve heard they come in handy during a gold rush.