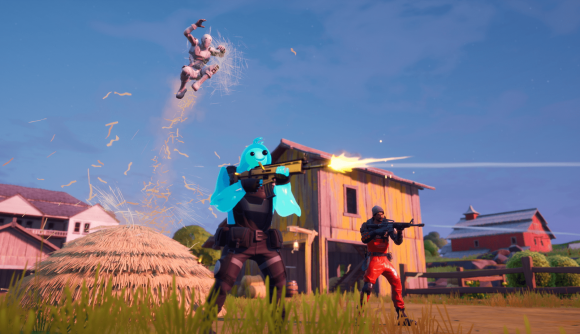 The date for the release of Fortnite Chapter 2 – Season 2 has been revealed by Epic Games, and with the new season will also come a brand new physics engine.

Epic’s official post confirms that Season 2 will kick off on February 20th and will come with update 11.50, which could well be one of the most game changing in the game’s history. That’s becasue Fortntie will be switching over to the Chaos physics engine that is part of Epic’s Unreal Engine that powers the game.

Chaos, which during its preview in March 2019 was described as offering “Hollywood physics”, allows for more realistic and precise environment destruction, as can be seen in Unreal Engine’s demonstration video below. This could potentially mean that objects, buildings, and structures in the next season could be destroyed or penetrated more accurately rather than just destroying an entire square of someone’s builds, for example.

Fortnite leaker ‘HYPEX’, who had predicted the date for the start of Season 2, shared a video from animator ‘ItsInvy’ that illustrates what Fortnite could be like if Epic implements this more realistic physics engine on player builds.

This is what “Chaos physics engine” would look like if they apply it on player builds.. 😂 (Edit by: @itsInvy) pic.twitter.com/6WgZ0CPiDj

The announcement has already split the opinion of one of the biggest names in Fortnite, Tyler ‘Ninja’ Blevins, who says he is both “excited and nervous for the new season.”