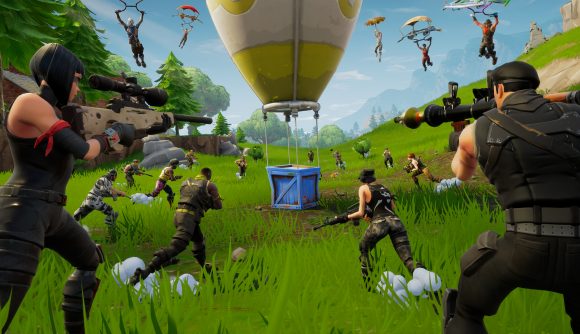 The internet has been awash with rumours about the new Fortnite season as the end of season 10 rapidly approaches. But it looks like Epic’s battle royale could be about to see some big changes if an apparent leak from Apple’s Italian store is to be believed.

The images, which have now been removed, were uploaded to the storefront earlier today, depicting a group of players looking out over what appears to be a new lush new map, filled with rivers, hills, and greenery. The images also suggest that the new season won’t be called Season 11 after all, and will be called Chapter 2.

The current Fortnite season was extended by Epic for a week, with a new overtime mission, called Out Of Time, added to the game. With a special event titled ‘The End’ rapidly approaching, it looks like this leak might well come true.

Looks like Apple has leaked a promotional image for Season 11 on the Italian Apple Store.

From the looks of it, we’re getting a new map. pic.twitter.com/2naPbsYvDA

The map has generated a sense of excitement among some of the big Fortnite streamers too. Ninja says he’s “confident” that there will be a new map and that the news had given him butterflies. Tfue, who criticised the battle royale last week also tweeted his support for the news saying that a new map is what he needs.