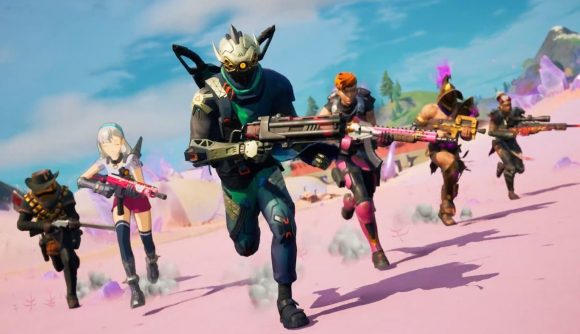 Epic Games has announced that Fortnite Champion Series events will dish out a total of $20 million in 2021, quashing concerns from pro players that prize pools in competitive Fortnite were starting to shrink.

In a competitive update post, Epic says that this year’s total prize pot is up $3 million compared to last year. In a breakdown, it says that each FNCS season (of which there will be four this year) will award $3 million in prize money each – a total of $12 million exclusively for regular FNCS events. However, the spare $8 million will be won at separate “mid and end of year competitions” across each region, which will feature that region’s top players. More information on these tournaments will be given at a later date.

As well as the big prize money news, Epic has also announced that all FNCS competitions this year will be cross-platform. That means that console and PC players can compete with and against each other. Epic does however say that some console-exclusive events will be held throughout the year also.

There are also some big developments format-wise. Epic says that all FNCS tournaments in 2021 will remain as Trios, but that it will now play semi-finals and finals on separate weekends to combat player fatigue and help run things more smoothly.

We’ve got a meaty blog post for you today covering:

The top three teams at a region’s final event will also now auto-qualify for the next season’s finals.

Coverage of the FNCS is also expanding, with more languages being added for the EU region.

The changes – especially the increased prize pot – have been generally met with positivity from the competitive community. However, the merging of PC and console players will likely come under the microscope, with the two factions of players being notoriously critical of the perceived advantages the other has.