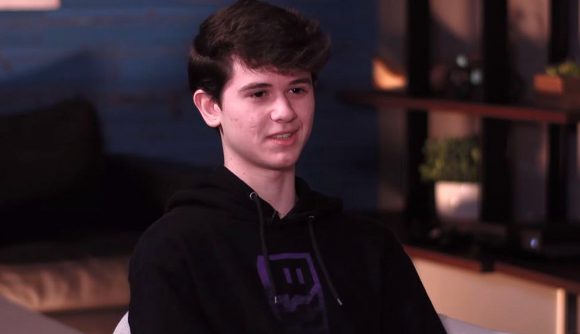 The first ever Fortnite World Cup Solos champion, Kyle ‘Bugha’ Giersdorf, has defended himself along with fellow pro player ‘Owl’ after being accused of teaming and collusion off the back of an official warning from Epic Games.

During an Fortnite Champion Series event on August 12, Bugha posted a tweet showing that he had been sent an in-game warning from Epic Games for “collusion/ match fixing,” which looks to be as a result of Bugha being in a voice call with Owl and another pro player during the solos competition.

Plenty of clips began to surface from Bugha’s stream that show him communicating with Owl, and while he doesn’t give him any specific direction or detailed information, there are a few instances that could be deemed as teaming. One clip shows Bugha communicating with Owl while “a random guy” – who Bugha makes a point of pointing out his skin, which is the same as Owl’s – is shooting at him. He also points out a “gliding guy” in the background, to which Owl then asks where he was as he wants to go and eliminate him.

In a separate incident, Bugha is eliminated after a player jumps into his box. He then says “go shit on this kid, Owl,” suggesting he knows his location.

don’t know how bugha knew owl was next to him, either way kinda sus pic.twitter.com/5pWI4CtRO8

However, both Bugha and Owl have denied they were teaming and have explained the context of the clips.

“What did I do in that scenario where I was giving information to other players?” he responds to Fortnite caster and analyst ‘Krashy.’ “I was fighting Owl during the game multiple times but people only see 1 clip without context whatsoever and base everything off that.”

What did I do in that scenario where I was giving information to other players? I was fighting Owl during the game multiple times but people only see 1 clip without context whatsoever and base everything off that 😄

Owl also posts a video to Twitter explaining the context behind the clip in Bugha’s box. Asking critics to “do their research” before accusing the pair, Owl explains that Bugha was deafened in the call the entire time and only undeafened to tell him to “shit on this kid” when he noticed Owl’s skin as he entered the box.

Do your research before blindly giving players REAL comp warnings of teaming that can hurt their brand. Theres many more situations but cant fit them into the video pic.twitter.com/BdxVsaNQI3

While Bugha and Owl protest their innocence, many believe that with the current FNCS rules on teaming and collusion, it is irresponsible to be in a call with other competitors, even if your intentions are good.

The Chapter 2: Season 3 rulebook says that players “may not work together to deceive or otherwise cheat other players during any match,” and defines teaming as “players working together during the match while on opposing teams.”

While the rulebook states that any infringement of the FNCS can be punished with a warning, it does not state how many warnings a pro can receive before further action will be taken.