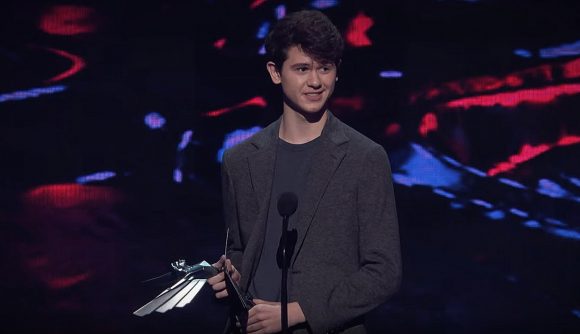 Fortnite World Cup winner Kyle ‘Bugha’ Giersdorf is a force to be reckoned with using a mouse and keyboard. But the 16-year-old proved during his December 22 livestream that he can be just as lethal using a controller.

Despite controller users often being at a disadvantage when it comes to aspects such as building, editing, and mobility, you really wouldn’t have been able to tell that when looking at some of Bugha’s plays. However, one main difference that PC players often bemoan is the level of aim assist controller players experience when in gunfights, and there were several examples of this at play, with the World Cup champion being taken aback by its effectiveness.

Bugha highlights this in a tweet – in which he jokes he is “officially a controlla scrimma” – that shows him snapping onto an enemy player with a pump shotgun and knocking him almost instantly, before aiming at a distant player peaking a ramp and knocking him too, dishing out over 120 damage with an AR in the blink of an eye and hitting virtually every shot.

Another clip from his stream also shows him snapping onto a player and dealing damage through a tree even though Bugha admits: “I couldn’t even see him.”

While Bugha seems to be an equally formidable opponent using a controller – and was likely enjoying the added aim assist – he will return to his natural mouse and keyboard to compete.

As well becoming a World Cup solos champion and gaining over 1.3 million followers on Twitch this year, Bugha was also named in Forbes’ 30 Under 30 list as one of the most influential young people in the gaming industry.