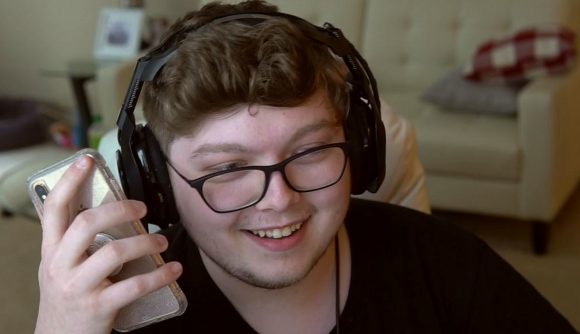 Fortnite pro player and streamer Aydan ‘Aydan’ Conrad treated his viewers to a wholesome gesture as he gave his mother her “late Christmas gift.”

Aydan, who is one of the most popular Fortnite pros on Twitch with over 1.4 million followers, let his viewers in on the moment he told his mum that he had paid off all of her college loans for the course she was currently taking, reducing her to tears and getting pretty emotional himself. Talking over speaker phone, Aydan tells his mum she’s about to get her late Christmas present, to which she replies: “I don’t need anything, Aydan. You’ve done enough for me.”

“Well it’s too late, mom,” Aydan says. “All of your school loans have already been paid for.” Aydan’s mum initially doesn’t believe it, but on learning that he has in fact made arrangements to pay off the loans she bursts into tears, which also triggers Aydan who can be seen wiping his eyes.

Aydan then passes the credit for the surprise to his Twitch chat, who he says “are the ones that made it possible.”

Through her tears, his mum gives thanks to Aydan’s viewers and also gives a cheeky plug. “Oh, I love them,” she says. “Everybody hit !sub and !prime.”

As well as making money through the generosity of his massive Twitch following, Esports Earnings states that Aydan has also made over $160,000 in prize money at Fortnite events in his career. This includes $50,000 from his performance at the Fortnite World Cup in the duos event.