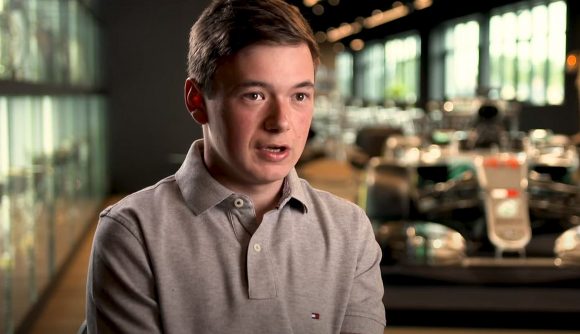 One of the most famous names in Formula 1 esports, Brendon Leigh, has left the Mercedes-AMG Petronas Esports team to join Ferrari’s sim racing division. Leigh, who is a two-time F1 world champion, has been with Mercedes since 2018 when Formula 1 constructors first became part of the F1 Pro Series, but now joins 2019 world champion David Tonizza at one of the most famous teams in racing.

The move comes as a surprise, but Ferrari arguably now has the strongest duo on paper in F1 esports, with three world titles between the Brit and the Italian.

Despite their experience, both failed to seriously challenge 2020’s dominant champion, Alfa Romeo’s Jarno Opmeer, last season. Leigh finished in sixth place with 84 points, and despite failing to win a race, consistent high finishes meant he ended up one place above seventh-placed Tonizza, despite the Italian winning two races in Vietnam and Monza.

Leigh describes his three seasons at Mercedes as “wonderful”, but says he is excited “beyond words” to join Ferrari for 2021.

The decision to bring Leigh on board to make this star-studded driver line up shows Ferrari’s shift in attitudes towards esports. In the 2018 season, it was the only Formula 1 constructor not to participate in the Pro Series, with every other team on the grid fielding a pair of drivers.

Its beyond words to describe my excitement to join @FerrariEsports

I seriously couldn’t be here without the support I have, I’m eternally grateful ❤️

Let’s get on track and put lap times on the board 💪#FerrariEsports pic.twitter.com/uvs6lqRWZu

It did join the nine other constructors in 2019, with Tonizza winning the Drivers Championship and Ferrari finishing second in the constructors. Tonizza’s showing clearly made an impact, as Ferrari has since hosted its own esports events and is now trying to assemble an F1 esports dream team. Ferrari’s F1 driver, Charles Leclerc, is also a big fan of sim racing.

Leigh will get his first run out in Ferrari red during F1’s latest Virtual Grand Prix series, which sees pro drivers and celebrities compete against one another for charity. There will be three Virtual Grand Prix across three consecutive Sundays, with the first on January 31.