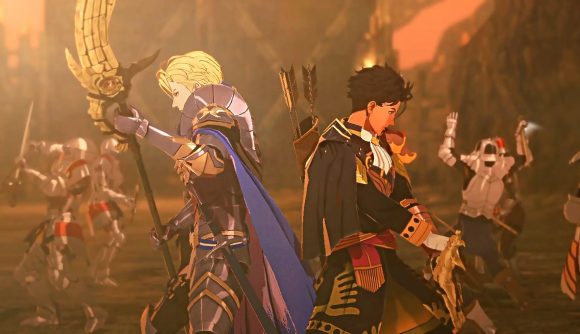 Our friends at Pocket Tactics said that “Fire Emblem Warriors: Three Hopes is the best musou spin-off to date, offering an unbelievable amount of storytelling that any fan will delight in.” They also expanded and said that the action and the “cacophony of mechanics” might overwhelm you at first, but become harmonious as you continue to play through the action game.

GameInformer also said that “Three Hopes successfully and expertly integrates everything great about Three Houses into its musou format”, showing that the Fire Emblem spirit is still strong in the spinoff.

You can check out the Fire Emblem Warriors Three Hopes reviews and scores below:

Fire Emblem Warriors Three Hopes is set to release on June 24, 2022, for Nintendo Switch, and you still have time to get the pre-order bonuses, ahead of the release.