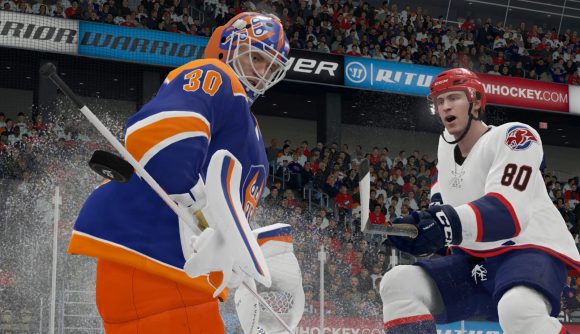 Like many sports leagues worldwide, Finland’s national hockey league was cancelled last month due to the coronavirus outbreak. But all is not lost. Not willing to let the virus take away their biggest passion, the teams have agreed to play the Finnish Hockey League online using EA Sports’ NHL 20 game.

The league, which will be presented by the Telia Esports Series, begins on Wednesday (April 8) and will be streamed on multiple platforms online. Each team has chosen a player or a celebrity to represent them in the online arena, with the final being broadcast on MTV, Finland’s biggest commercial TV station.

“This year the ice hockey season ended prematurely due to the coronavirus outbreak,” Niklas Segercrantz, Telia esports’ commercial manager, says in the press release. “It is with great honour that the ePlayoffs will be broadcasted on national television during prime time and every Finn can follow the games from the safety of their living room.”

The Finnish Hockey League might be the first hockey league to go online due to coronavirus, but it’s not the first sporting league to do so. In fact there’s so many virtual sports on Twitch and other streaming platforms at the moment, that the void left by traditional sports has been filled already.

And with Formula 1 already reaping in the benefits, it won’t be long before we see more leagues like the FHL make their way online.