When EA Sports revealed Kylian Mbappé was going to share the spotlight on the FIFA 23 cover this year with Sam Kerr, the internet exploded. A woman on the cover? God forbid.

Searches for ‘who is Sam Kerr?’ skyrocketed, the manchildren of the internet came out in full force, and EA Sports was accused of taking up people’s precious hard drive space with the inclusion of women’s leagues. But for those who’ve long backed the development of women’s sport worldwide, this abject rejection of representation is abhorrent. And you know why? Because it’s totally unjustified.

For years now, women’s football has been dismissed for being boring, often equated to the standards seen in the Sunday leagues. But if you’ve caught a fleeting moment of the highlights of the Women’s Euros currently taking place, you’ll know that’s not the case. Attendance records have been broken, goal scoring records have been smashed, and a new legacy for women’s football – especially in England – has been set.

While women’s football still has a little way to go, girls have less of a worry about being chucked out of clubs or excluded from park games now, all because the women on the international stage are making a name for themselves in both the real and virtual worlds.

It’s why having someone like Kerr on the front of FIFA 23 next to an icon like Mbappé is so important. While your mate might think that Kerr is just a token of EA wokeism, if you take five minutes out of your day to just educate yourself, you’ll understand why she’s been given the spotlight.

She’s not only the leading goal scorer for The Matildas – the Australian national team – but she’s also the only female footballer to have won the Golden Boot in three leagues and three different continents. That puts her on par with the footballing greats like Alfredo Di Stéfan and Ronaldo.

Kerr is also there because in the last three years, she’s been a dominant force for Chelsea in the Women’s Super League (WSL), helping them to three titles and seven major titles along the way. But she’s also a trailblazer which is why it’s perfect that she’s heading up the game in the same year that the WSL and the French Division 1 Féminine will be added. 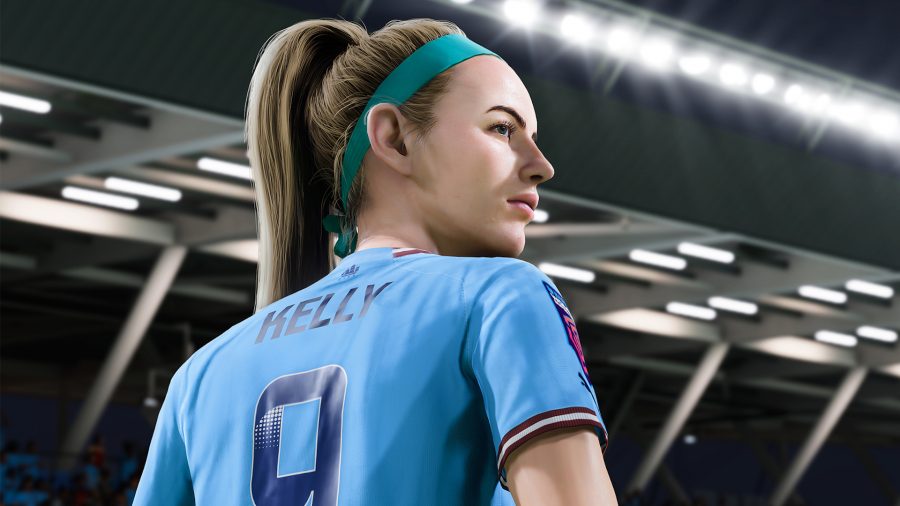 Of course, this isn’t the first time women have been included in a FIFA game – women’s national teams were first included in FIFA 16, alongside Alex Morgan on regional covers – but it is the first time they’ve not been needlessly half-baked into a mode.

EA Sports still has yet to explain how these women’s leagues and tournaments will work, but with a woman on the cover, full HyperMotion2 capture, and EA’s commitment to “building an equitable experience” for women’s football, it’s clear that these modes (which make perfect business sense, by the way given 47% of all gamers are women) are here to stay. And honestly, I can’t wait.

That’s because women’s football is in a different position to last year. Players like Ellen White and Alexandra Popp have proved that the women’s game can be just as good as the men’s game. and, perhaps, even better.

With dedicated women’s leagues coming to FIFA 23, alongside the women’s World Cup mode later down the line, EA is getting with the times and making sure that its game is for football fans, made by football fans. And nothing’s better than that.

It also helps inspire the next generation of footballers. When I was little, there weren’t really any big female football players to look up to and I certainly didn’t get much exposure to women in videogames – unless it was Lara Croft’s cone shaped boobs, of course. Instead, I had 2D lumpy men running around a pitch that apparently resembled the footballers I’d regularly see on television.

With EA’s commitment to providing a platform for women’s football, aspiring footballers all over the world can finally have someone to look up to. And that in itself is utterly priceless.

I know women’s football in FIFA 23 might not seem like a big deal to everyone, but let’s think of the bigger picture here. It’s a natural development that only increases inclusion in sport and if you don’t like that, well, stop moaning – you don’t have to play it.