If you’ve been getting stuck into FIFA 22, you might notice something very different about FIFA Ultimate Team this year – especially if you’re a Spanish fan. La Liga, once a powerhouse spearheaded by two of the greatest players of all time, Lionel Messi and Cristiano Ronaldo, now finds itself without any of its past superstars. Their high profile departures and their lacklustre replacements now means, for the first time in years, the league is no longer a prime scouting ground.

The FUT meta is typically built around pace, and thanks to the changes that occurred over the most recent transfer window, La Liga finds itself on the outside looking in. While it isn’t all doom and gloom, even the most loyal La Liga fans are looking on with rose tinted glasses wondering when the Spanish game will return to its former glory.

In the last four years, La Liga has been haemorrhaging players to other leagues. Ronaldo, Messi, Varane, Ramos and various other superstars have cashed in their humongous pay cheques in search for a new challenge elsewhere. This steady evacuation of talent with no suitable replacements leaves Spanish football – and its remaining players – struggling to make an impact in FIFA 22 Ultimate Team. Young talent can be identified in the likes of Joao Felix, Ansu Fati, and Pedri, however, these wonderkids are still yet to hit their true potential.

Even in the stats department, La Liga is lacking. If you look at the top ten overall rated players in the league, only one player possesses higher than 80 pace. This fact alone is enough to cause most FUT players to cringe. Worse still, only two players in the top 50 have 90 pace or higher.

Looking back towards the top ten, half are over 30 years old, showing that not only has the division become slower, but it has also aged quite poorly. It can be argued that age is just a number as both Messi and Ronaldo are still among the best players in the game despite being 34 and 36 respectively, but when you compare them to the players with the highest potential in the game, it’s clear that La Liga isn’t cutting it any more. 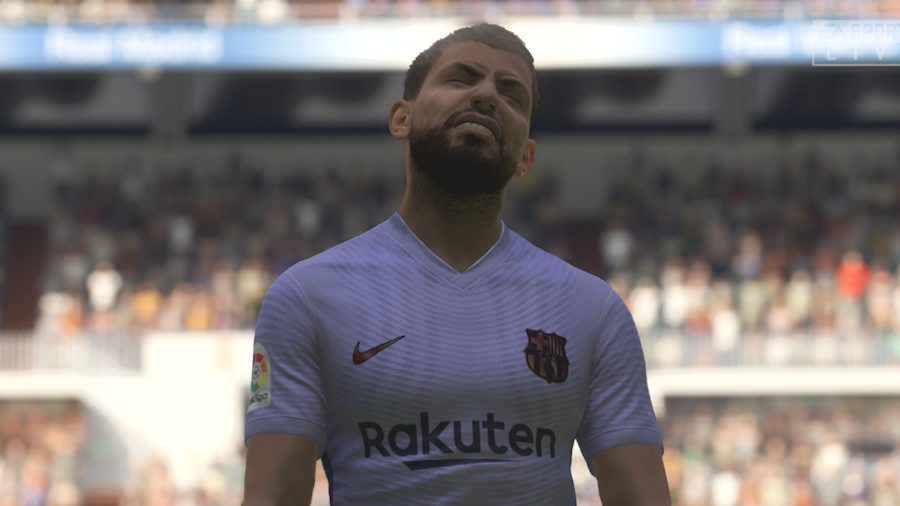 The Premier League, by comparison, has three speedsters in its top ten outfield players with a pace of 90 or higher, and the league has an average age of 28. Many players who make the transition to the English game talk about the pace of the Premier League compared to where they previously played. While it may be true that the game is played at a higher tempo, it does not influence how an individual player is rated.

Players from the Spanish game are flying under the radar

Surely pace isn’t everything though, right? With some of the gameplay changes made, specifically with the introduction of HyperMotion Technology, FIFA has become more of a simulation of the real thing than ever before. Unfortunately though, there is no quick cure to pacey wingers and strikers making a mockery of the defence after a particularly well-placed through ball.

What’s interesting about La Liga overall is that its players are struggling to gain any real interest in the FUT marketplace as even the superstar players are selling for well below the expected cost. During the first weeks of a FIFA game, the FUT Transfer Market can be incredibly volatile with sky-high prices, but players from the Spanish game are flying under the radar.

The market is virtually drowning in cheap, high-rated cards, with players like Bale, Lamar, and Hazard, going for far less money than in previous years. These are players who would fit the current meta to an extent and in recent years have been the main attraction in any La Liga team. 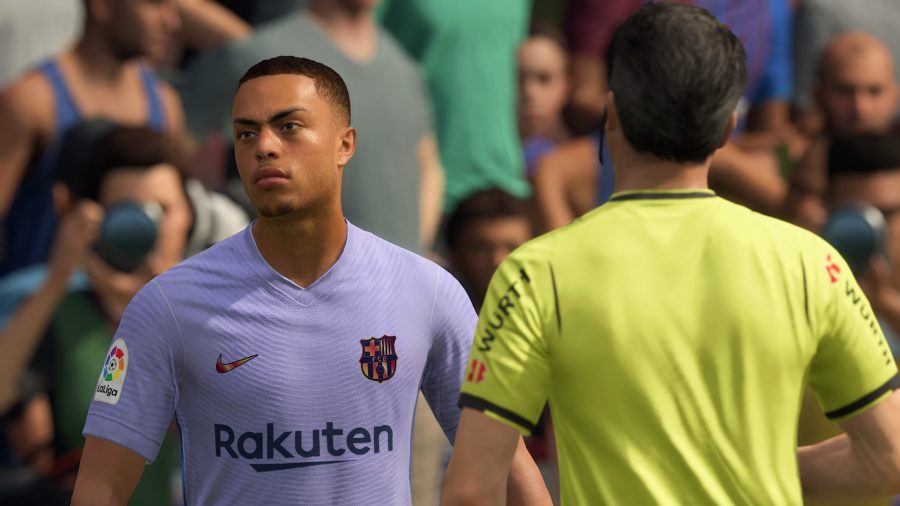 There is hope yet for La Liga in FIFA 22. Throughout the season, stars will be born and EA has never shied away from showering talented players with upgraded cards as a reward. Beyond this, there will be plenty of in-season events like last season’s Rulebreakers, Future Stars, and Festival of FUTball.

It’s also entirely possible that the evolution of FIFA 22 will see a steady shift away from the typical pace meta. In the event that this is the case, La Liga will enter the fray as a contender once again.

For now though, players are forced to turn their backs on Spain’s top flight and look to the talent in other leagues when it comes to building their Ultimate Team squad.