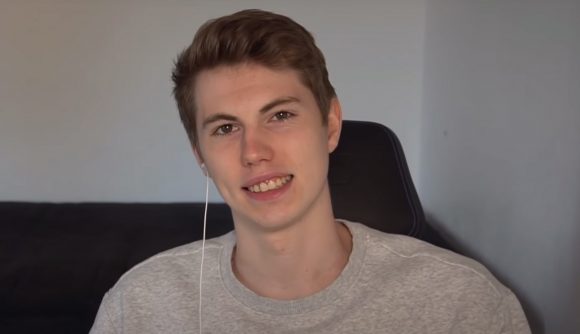 Schalke 04’s Tim Latka has announced he will not be spending any money on FIFA points this year, as he doesn’t believe that “your wallet should define your gaming skills”.

“I have a certain responsibility and I haven’t made a video for a long time where I opened packs with FIFA points” says Tim Latka in Schalke 04’s announcement video below. “That’s why I want to stick to this way and play without FIFA points”. This decision was made entirely by the player – he thanks Schalke 04 for being supportive as other organisations may have had an issue with his choice.

Upon starting a new season of FIFA 21, Schalke 04 would’ve given Tim Latka €2,000 to spend on FIFA points to build his ultimate team. Instead, Tim Latka and his team have decided to donate the money to the Robert Enke Foundation, dedicated to the treatment and research of depression. Schalke 04’s esports team worked with the Robert Enke Foundation earlier this year during the LEC Summer Split, donating 50% of the team’s proceeds from their jersey sales to the charity. Schalke 04 says the €2,000 donation is on top of the several thousands of euros collected thanks to the team’s supporters.

Tim Latka attempted to play FIFA 20 without spending any money on points back in March. As shown in his Pack to Glory series, within two weeks Tim Latka managed to break into the top 100 teams in FIFA’s Weekend League.

Our FIFA athlete @timlatka announced that he won't buy any FIFA Points this year as he doesn't agree that your wallet shouldn't define your gaming skills.

We support his decision and decided to donate the amount of money we would have given to him to the Robert Enke Foundation. pic.twitter.com/O0AVZ3Kgah

Building a strong team without FIFA points can be done, but a lot of the top players don’t want to spend any time having to build a team when they can simply pay for it. It’ll be interesting to see how far Tim Latka can take his team in FIFA 21 when it launches on October 6.