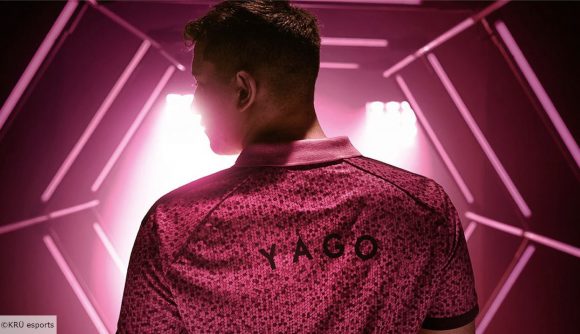 While Sergio Agüero’s initial move in esports was almost always going to be in competitive FIFA, his team’s first signing is about as on-brand as you can get.

The Argentina striker launched his own esports team, KRÜ Esports, last week, following in the footsteps of other footballers such as Mesut Ozil and Gareth Bale. Just like Ozil and Bale’s teams, FIFA will be the first competitive scene that KRÜ will enter.. The organisation’s first signing has now been revealed as former West Ham Esports player Yago ‘Yago’ Fawaz, who, just like Aguero, is Argentinian. Yago burst onto the FIFA scene during the 2019 eNations Cup. Representing his home nation alongside Nicolas ‘nicolas99fc’ Villalba, Argentina placed second after being beaten by France in the final. He then secured a move to West Ham’s esports team.

The FIFA 20 season began in promising fashion for Yago, reaching the PS4 final of the first FUT Champions Cup in Bucharest and qualifying for FCC 2 and FCC 4.

By the time the season was cut short due to the coronavirus pandemic, Yago was in the top 10 PlayStation players on the FIFA Global Series leaderboard.

According to one of the announcement tweets, Yago, who since the pandemic has been based in South America, will be returning to Europe to compete in the FIFA 21 Global Series, which has shifted to an online, regional format.

To fit with the format of other teams in FIFA esports, expect an Xbox teammate for Yago to be revealed at some point in the near future. With two console leaderboards to contest and the FIFA eClub World Cup making a return in 2021 (which has previously been 2v2 and cross-platform) having a representative for both Xbox and PlayStation will certainly be helpful for KRÜ’s maiden season.