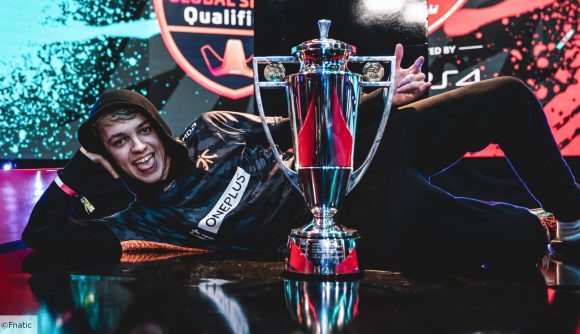 The FIFA Global Series has completely reworked its viewership rewards programme for the FIFA 21 esports season. The new system is billed as “more straightforward” (although, it is in fact quite complicated) and has a much fairer and set-in-stone rewards system compared to last year’s random drops.

As is the norm these days, viewers will have to link their Twitch and EA accounts to get access to the new rewards scheme, which is based around FGS Tokens. Viewers are awarded one token per FGS event, so long as they watch at least 60 minutes of the stream. These FGS Tokens can then be redeemed in repeatable Squad Building Challenges. There are different SBCs available, with better rewards depending on how many tokens you’re willing to trade.

That does indeed sound more “straightforward” than last year’s luck-of-the-draw drops system. However, here’s where it starts getting complicated. The FIFA 21 Global Series season will be divided into two FGS Swaps splits. The first split will run from October 29’s FIFA 21 Challenge tournament through to the end of April. This covers a total of ten events, meaning a maximum of ten tokens are on offer if you watch at least an hour of all of them.

These are the four SBCs that will be available in the October – April split:

As you can see, the prospect of a Jumbo Rare Gold Players Pack, worth 100,000 coins, is tempting. And if you earn all ten tokens, you’ll be able to bag two of them. However, this will require you to religiously watch FIFA esports events over the course of six months. Six months to wait for 200,000 coins worth of packs is quite a while in today’s Ultimate Team climate.

Additionally, in the announcement article about the new FGS Swaps reward scheme, there is no mention as to whether these are tradeable or untradeable packs. The Loadout has reached out to the Global Series team for clarification.

While free packs are not to be sniffed at, the new system does require a lot of leg work to get good value out of it. Hopefully, the incentives will attract some new eyes to FIFA esports as it embarks on a new regional online format for FIFA 21.