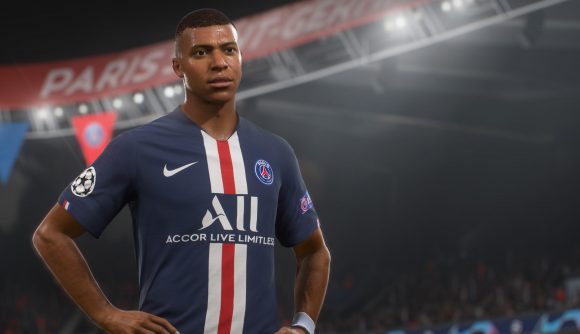 EA has announced that Future Stars is returning to FIFA 21 Ultimate Team with a countdown when players open up the game mode. The event sees the young players of today granted cards that represent how good they might become if they fulfil their potential.

Last year’s Future Stars promo went live a bit earlier in the year on January 31, but most Ultimate Team releases seem to have been delayed a little this season, likely due to the game’s later release. The FIFA 20 event was headlined by João Félix, who received a 92-rated card, but also saw upgrades for the likes of Mason Greenwood, Gabriel Martinelli, and Liverpool’s new centre back Ozan Kabak – although he of course played for Schalke at the time.

Last season also saw a couple of Upgradable Objectives Players added to the game, including then-Real Sociedad and current-Arsenal loanee Martin Ødegaard. These innovative challenges required you to complete a simple objective to unlock the player card, and then use the card to complete more objectives in order to upgrade it. FIFA fans will be hoping for a repeat of the fun objectives this time around.

As for who will feature in the promotion – we don’t currently know, but we can make a few guesses. The only rule is that players have to be 23 years or younger, which means Manchester City’s Ruben Dias could just sneak into the category.

Most cards will be available in packs, but fans are hoping for some objectives and squad building challenges as well – so make sure you stock up on the FIFA 21 cheap high-rated players so you’ll be able to complete them in no time at all.