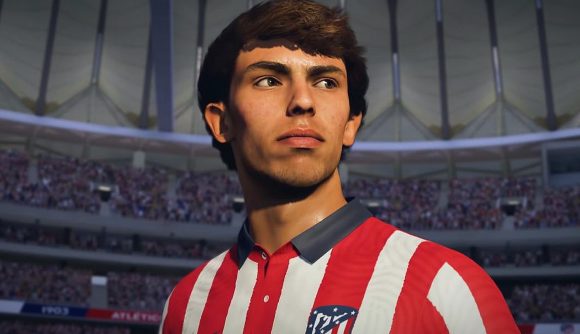 In its latest trailer for FIFA 21, EA Sports has revealed more details on its marquee mode, Ultimate Team. This includes a number of new co-op and community features that aim to make FUT the “most social” the mode has ever been.

The trailer shows of FUT Co-Op first, and there’s not too much new information in regards to what you can do as a duo: Squad Battles, Division Rivals, and FUT Friendlies will be the only modes that you can play as a team, and there’ll be plenty of co-op-exclusive objectives for you to work your way through to earn extra rewards alongside your usual, solo objectives.

A brand new feature that we didn’t know anything about though is FUT Events. These are community-driven events that see the entire playerbase work together to earn rewards. There are two types of FUT Event that were shown in the trailer: Team Events and Community Events.

Team Events give players two different options of objectives to choose from, with all the players who select that option completing objectives to contribute to a global XP pool. The higher your team’s global XP goes, the more rewards that team will earn. The example shown in the trailer is Team Haland versus Team Joao Felix.

Community events include every single FUT player, and everyone contributes XP by completing events, with rewards being dished out to everyone.

Away from co-op and community stuff, and FUT Moments cards are changing. The cards, which were obtainable through Squad Building Challenges, will now see their specific in-game stats improved in the areas which they excelled in during the previous week’s football.

For example, Moments cards before just got some blanket upgrades on some of the six face stats on the cards (pace, defending, etc.). Now though, specifics will be turned up instead. The example used in the trailer is Trent Alexander-Arnold getting his Free Kick Accuracy boosted for putting away a free kick in that week’s IRL fixture for Liverpool.

On the subject of cards: Icons. Arguably the most exciting bit about any new edition of FIFA is seeing which legends EA Sports adds to Ultimate Team. FIFA 21 will have the most ever with a nice round 100.

Also, FUT features a new way to customise your club in FIFA 21. FUT Stadium sees you build out your own personal stadium, with loads of options for tifos, walk-out music, and even new aesthetics such as pyrotechnics and coloured pitch markings.

That’s everything EA Sports buried in the FUT 21 trailer, but there’s a bunch more new features and improvements in this Pitch Notes developer article. Looks like FUT fans have a lot to be excited for before the FIFA 21 release date in October.