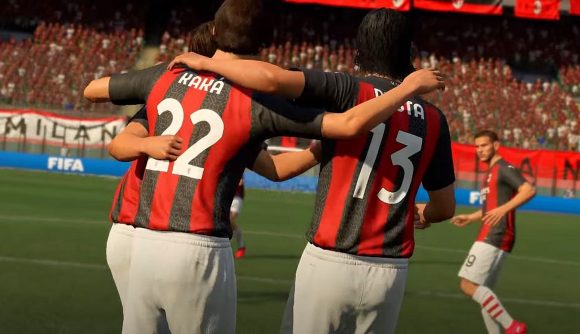 Many top FIFA players are used to an early start on a Friday. FUT Champions Weekend League is a chance to grind out 30 games against elite opponents in order to win some serious rewards and place highly on the global leaderboard. With an early morning start on the cards for European, North American, and South American players, alarms are usually set so they can get cracking straight away.

However, when they woke up this morning, many went straight back to bed. That’s because EA Sports announced just two hours before the first Weekend League of FIFA 21 was meant to begin that it would be pushed back by 24 hours for an unspecified reason.

While Weekend League usually runs from Friday to Monday, it will now begin on Saturday and wrap up Tuesday. While the cause for the delay isn’t known exactly, a sizeable update for FIFA 21 dropped yesterday, so there’s a possibility that a new technical or gameplay issue has surfaced following all the changes that were made.

While a lot of the changes in the update are solely bug fixes or quality of life improvements, there are also gameplay tweaks which include changes to player block animations and a nerf to the Elastico skill move.

Thank you for your patience.

Players who already redeemed their 2,000 FUT Champions points to enter the Weekend League will be refunded, in case the change in schedule now means they can’t compete and complete their 30 matches.

The anticlimax of hopping on today for the first Weekend League of FIFA 21 only to find it was postponed will be frustrating for players. For the FIFA pros who play the game for a living, the change isn’t too much of an issue, but for players with regular jobs, extending the Weekend League into the week can potentially write off their chances of finishing all 30 games.