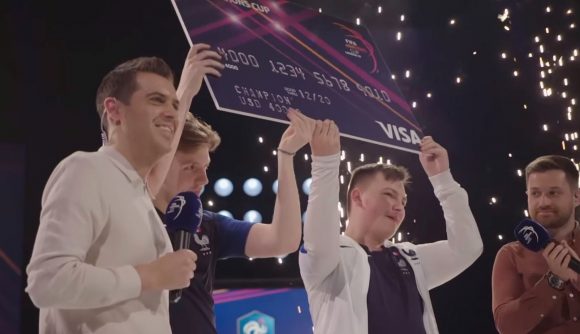 With the entire FIFA 21 season so far taking place online, FIFA may have just thrown a surprise curveball after revealing the dates and a host city for the 2021 eNations Cup finals. The eNations Series is about to enter its regional qualifier stage, where 60 teams across five regions will compete.

However, in a move that’s taken the community by surprise, an international final involving 24 of the best eNations teams has just been announced, with Danish capital Copenhagen named as a host city. While there was no explicit mention of the finals being an offline LAN event, and no specific venue in Copenhagen is named either, the possibility of a LAN competition is certainly there.

After asking for clarification, a FIFA spokesperson has provided The Loadout with the following statement: “The health and safety of all participants at the FIFAe Nations Cup 2021 is a top priority for FIFA. Further details on the competition setup of the FIFAe Nations Cup 2021 will be announced in due course. As per the announcement, FIFA will also continue to monitor the global health situation and any potential impact on the safety of participants and staff.”

FIFA’s lack of commitment to an offline event at this stage suggests that while Copenhagen will act as a host city, online play is still a potential option.

For its 2020 Grand Finals, the Overwatch League flew its finalists to South Korea. However, the finals were still played online, with teams only travelling to one destination to reduce latency and connection issues. It is likely that, depending on the global situation, FIFA will pivot to something similar if LAN events are deemed unsafe.

60 nations from all over the world 🌎

Here’s all you need to know about the FIFAe Nations Series 2021 🙌 #FeNC pic.twitter.com/WnH3Q5dj12

Copenhagen was set to host the 2020 eNations Cup final before the entire FIFA 20 season was struck off due to the pandemic, and with it getting another shot at playing host, the Danish eNations team will automatically qualify for the event. The other 23 spots, however, will be awarded to the highest-placing teams in each region. There are varying numbers of spots depending on the size and strength of each region.

From the announcement video, it appears that Europe will have 11 spots (12 including the already qualified Denmark), Asia and Oceania will have five spots, South America will have three spots, and both North America and MEA will have two spots each.

FIFA has also revealed that the eNations Series, which includes the regional qualifiers, will have a total prize pool of $500,000. $400,000 of that will be exclusively for the teams that qualify for Copenhagen.