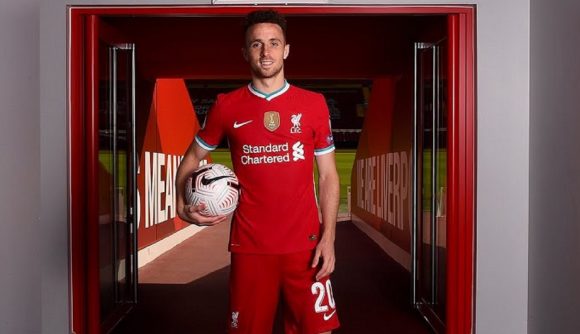 We all know that many football players enjoy a game of FIFA or two, but how do they compare to your regular FIFA 21 player? They’ve got a lot more expendable income to spend on packs to build the team of their dreams, but that doesn’t necessarily mean they’re up there with the best players.

We saw Liverpool star Diogo Jota’s impressive performance in the inaugural ePremier League Invitational when the Premier League took a coronavirus-induced break in the 2019-20 season. However, his style of play relied on a lot of drag-backs, which were significantly nerfed in FIFA 21.

It’s clear that the Liverpool forward has been making the most of his spell on the sidelines following a painful knee injury sustained against FC Midtjylland in the Champion’s League – and by making the most, we mean playing a lot of FIFA. The star posted his Weekend League record on his Instagram story on Saturday morning, showing a flawless 30 wins.

Arguably the most impressive part of this feat is that he posted the record on Saturday morning – either he played his matches through the night or got up incredibly early in the morning. This also makes him the number one Weekend League player in the world at the moment.

One commenter on Reddit says that they came up against the Liverpool player and were thoroughly beaten 4-1. They subsequently submitted his Ones to Watch card into the Rooney SBC as a petty way to get back at the winger – although it’s not as if he’ll ever find out. His esports page posted his team, and it looks cracked:

Premier League stars are granted an upgraded version of their own card with every stat pumped to 99, as well as three free Icons when they are given the game by EA, so it’s no wonder regular players struggle when they come up against the pros. However, you still need some skill – even the best cards can be useless in the hands of a bad player.