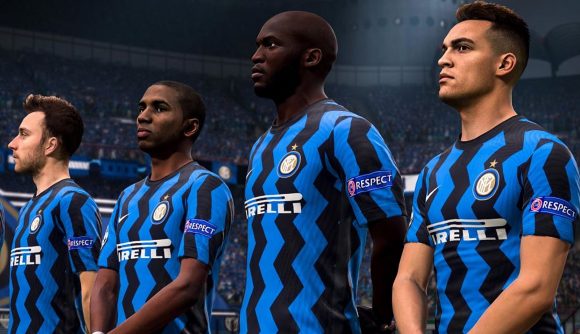 14-year-year-old FIFA pro Anders Vejrgang has repeatedly made headlines this year for his incredible form in FIFA Ultimate Team. After seven flawless weeks of FUT Champions play in FIFA 21, the Danish prodigy remains unbeaten, having gone 210-0. In his most recent FUT Champions weekend, the youngster scored over 200 goals across his 30 matches.

Around 48,000 viewers tuned in to watch the youngster outperform the competition in his latest matches. He’ll return next weekend in the hopes of securing a legendary 240-0 streak. The only other player to come close to matching this achievement is fellow PlayStation competitor Julian ‘Julianberg1203’ van den Berg, who plays professionally for Feyenoord’s esports team. Julianberg1203 has, like Vejrgang, been completely unbeatable on FUT Champions in FIFA 21 and is the only other player with a 210-0 record.

Vejrgang signed with RBLZ Gaming prior to the start of the FIFA 21 season, nabbed a first-place finish in the October PlayStation leaderboard, and is currently in fourth place for November.

While Vejrgang is indisputably one of the game’s top talents, he has to wait until he’s 16 before he can compete in the official FIFA Global Series. That said, he already earned high placements at a number of smaller, third-party tournaments earlier this season.

Thank you for your support. Cu next weekend in my race for 240-0. #komnu pic.twitter.com/3HgLTvOhAK

Even if he’ll have to wait until the FIFA 23 season to start competing at the game’s highest level, his popularity as a streamer and skill as a pro player have undoubtedly cemented him as one to watch.