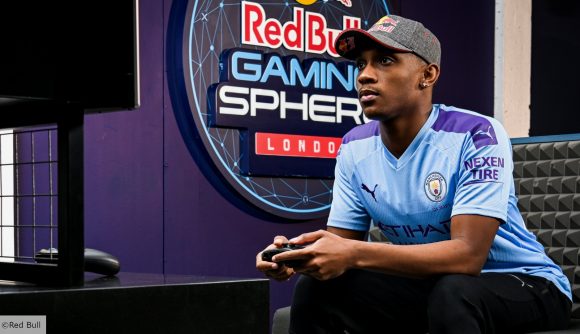 Pessoa, who announced that he was leaving Hashtag United in August, had spent a brief spell on loan at Manchester City during the FIFA 19 season to compete for them at the eClub World Cup. He now officially joins his teammate for that tournament, Shaun ‘Shellz’ Springette, on the roster. Pessoa described it as an “honour” to sign for a club with the stature of City, and reveals to The Loadout that alongside long-time friend Shellz he believes that he can win the eClub World Cup at the second time of asking.

“The goal I’ve set myself for the FIFA 20 season is to win a FUT Champions Cup individually and to win the eClub World Cup as well,” he says. “As I mentioned, Shellz and I have not just an on-field relationship but we’re good friends outside of FIFA too so that will help us massively and I’d love it if we could win it together.”

Pessoa also revealed that he had a number of offers on the table after announcing his free agency, but that he dropped all other negotiations when Manchester City came knocking.

“I left Hashtag as an open free agent and I had a lot of offers come in which I’m appreciative of, but Man City was the best for me,” Pessoa says. “It took a couple of weeks before City contacted me, and during that time I was in the midst of talks with a few other teams, but as soon as they came in I was like: ‘OK, this is the one I want.’”

We are delighted to announce the signing of @ryanpessoa_ for the @EASPORTSFIFA 20 season! ✅

After making a name for himself at Hashtag United and spending two seasons with the team, some were surprised to see Pessoa leave. However, he says that he felt it was the right time in his career to try and find a new team that had a different approach.

“It was a combination of things that made me leave Hashtag, but the main thing for me was that a lot of what they do is based around content. Like, a lot of it. I wanted an environment where the main focus was competing. That for me has to be number one at this moment in my life. I appreciated Hashtag for everything they’ve done for me over the last couple of seasons, they helped me grow on social media and as a person. But I feel like competing-wise I needed a different environment.”

Pessoa’s first test in sky blue will be the online qualifiers for the eClub World Cup alongside Shellz next week.