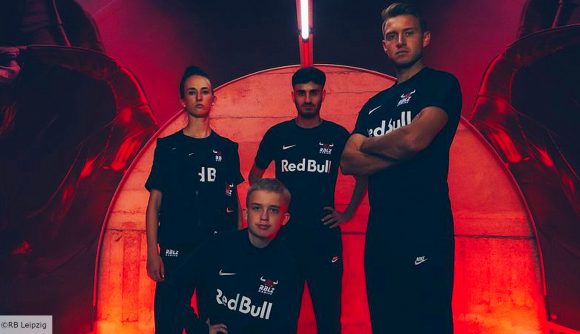 German football club RB Leipzig has flirted with FIFA esports for a number of years but has finally committed to the scene long-term by announcing its RBLZ Gaming esports team.

The Champions League semi finalist has gone big – and small – with its first FIFA roster, signing up two established pros, a rookie female player, and a 14-year-old prodigy. The most high profile member of the team is German FIFA pro Richard ‘Gaucho10’ Hormes, who at 27 years of age is one of the competitive scenes oldest heads. While he is yet to get a tournament win in competitive FIFA, Gaucho10 was in line for a decent season before the pandemic halted the FIFA Global Series. He is ranked 14th in the world in the Xbox bracket.

Joining Gaucho10 is a young German pro who was also on course for a big season in FIFA 20, Umut ‘Umut’ Gultekin. The 17-year-old won the PS4 bracket at FUT Champions Cup 3 this year before the pandemic struck, beating a number of established pros, but fell in the grand final against Xbox winner Olle ‘Ollelito’ Arbin. He is ranked fourth in the world in the PS4 bracket.

Alongside Umut and Gaucho10 on RBLZ Gaming is 19-year-old Lena Guldenpfennig, who adds to a growing list of female players being signed up to FIFA esports rosters.

The fourth member of the team is Danish prodigy Anders Vejrgang. At just 14-years-old, he is one of the youngest FIFA players to ever sign for a team, and already has a Danish rookie league title and a Hungarian league title under his belt.

RBZL Gaming’s players – most likely Umut and Gaucho10 – will represent RB Leipzig in the Virtual Bundesliga. With the players available, RBZL could also now enter the FIFA eClub World Cup in the FIFA 21 season.

RB Leipzig join an ever growing list of international football clubs in forming official FIFA esports teams. Some, such as Schalke 04 and FC Barcelona, have also branched out into other esports such as League of Legends or Rocket League, respectively.