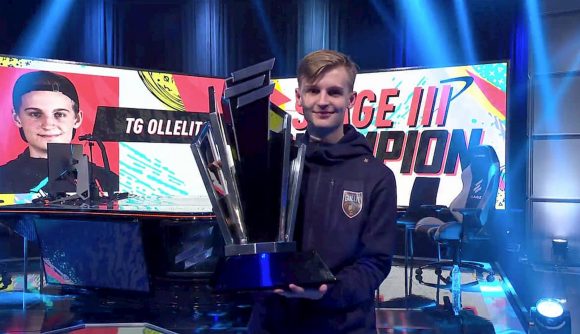 The young Swede came out on top in what was one of the youngest cross-console finals in memory after beating 17-year-old German player Umut ‘HSV_Umut’ Gultekin for both the trophy and $50,000. Ollelito is one of a number of promising young FIFA players who are part of Team Gullit, the FIFA esports academy created by the legendary Dutch footballer Ruud Gullit.

Ollelito defeated a number of big names on his way to the cross-console final, including the winner of the previous FUT Champions Cup, Niklas ‘NRaseck’ Raseck, and the 2017 world champion Spencer ‘Gorilla’ Ealing. As well as the $50,000 prize, Ollelito is also awarded the maximum 2,000 points to add to his total in the FIFA Global Series, which will see him leap from 36th in the Xbox leaderboard well into the top ten.

Ollelito’s victory also means that he has automatically qualified for the fourth FUT Champions Cup of the season next month in Paris.

Elsewhere at the FUT Champions CUp Stage 3, there was disappointment for Donovan ‘Tekkz’ Hunt of Fnatic, who crashed out in the first knockout round despite going unbeaten in the group stage.