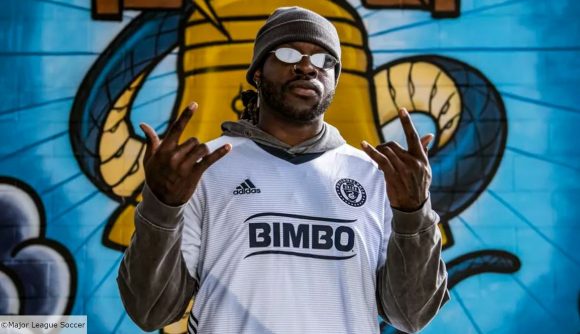 JayTrain, who is currently a free agent as an American football player after being released by the Eagles in December 2019, has now set his sights on the competitive gaming scene. The British-born running back has been a lifelong fan of the FIFA games and signs to the reigning eMLS champions. In 2019, Philadelphia Union won all three eMLS tournaments thanks to Cormac ‘Doolsta’ Dooley, who has since moved on to represent Nashville in the competition.

In a statement, JayTrain says: “Philadelphia holds a special place in my heart so I am blessed to be able to represent the city in the esports realm and to become one of the first pro athletes to become a professional gamer. It combines two of my passions, soccer and gaming.”

Plenty of current and retired sports stars have made their mark in esports through either investment or team ownership, such as ex-NBA player Rick Fox or Leicester City’s Premier League-winning left back Christian Fuchs, but JayTrain becomes one of the first big name athletes to become an actual esports competitor.

However, he isn’t the first. In 2019, Bundesliga football club RB Leipzig revealed that defensive midfielder Diego Demme would not only be representing them on the pitch but in their esports competitions too.

JayTrain’s first challenge as an official esports pro will be the first eMLS tournament of 2020 which kicks off tomorrow, January 9, and will be hosted on home turf in Philadelphia.