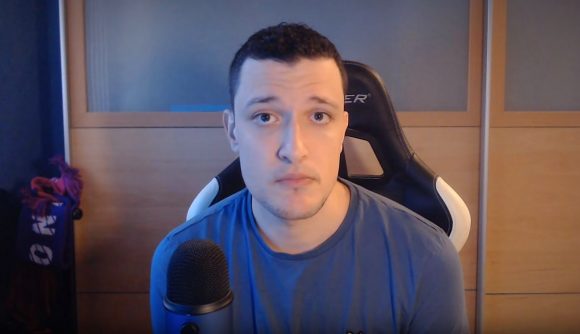 FIFA 20 streamer Kurt ‘Kurt0411’ Fenech has had multiple run-ins with the game’s developers, EA Sports, over the years. The outspoken and highly critical former pro player, who was given an indefinite ban from competing in FIFA Global Series esports competitions in 2019, has now seen action against him ramped up to the highest level: a complete ban from EA titles and services.

The official EA Twitter account posted a statement on January 24 explaining its decision to ban Kurt’s EA account from accessing not only FIFA 20 but any of its games. It states that the 25-year-old has “continued to post abusive and threatening messages and videos about EA employees and competitive players” since his ban from the Global Series which “cross the line of decency.”

Kurt responded angrily to the decision to ban his account – which he says is a ‘FUT Founder’ account that he has used to play over ten years of FIFA Ultimate Team with – and challenged EA to show proof of the “abusive and threatening” behaviour it refers to in the statement.

“Could you give me examples of when I have threatened your incompetent employees?” he replies to EA’s post.

He also says that he believes the ban is unjustified and explains why he thinks he’s received so many disciplinary actions from EA.

“End of the day, I have never said anything I shouldn’t have,” Kurt says. “This is just deeper than anyone thinks. They didn’t want me competing at events because they were scared I’d win them, now I’m the 2nd biggest streamer of their game and they’re scared I’ll overtake their golden boy.” The term “golden boy” is likely in reference to Edwin ‘Castro’ Castro, who commands a Twitch following of over 2.2 million.

But when everything is said and done we’ll beat them trust me. They have money but we have numbers. Fuck then and everyone on their side

While Kurt’s antics and anti-EA sentiment is well-known by those in the FIFA community, there has been widespread surprise that EA has gone as far as to completely ban his account to prevent him even playing the game.

The host of Drama Alert, Daniel ‘KEEMSTAR’ Keem, has also revealed that he will cover Kurt’s lengthy battle with EA in a documentary video, dubbing him “the man EA Sports wants to disappear.”

Kurt, who has just over 100,000 followers on Twitch, often attracts audiences of 5,000-10,000 viewers to his FIFA streams and has seen increased popularity since his ban from competing at esports events.