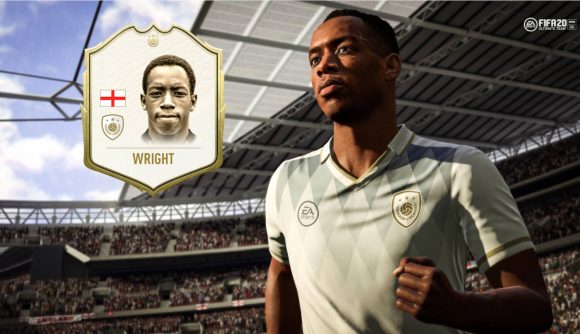 EA has banned 18-year-old Patrick O’Brien from playing FIFA for the rest of his life after he sent racist abuse to former Arsenal striker Ian Wright. The teenager lost a FIFA 20 Ultimate Team match while using Wright’s Icon card and decided that the player was at fault for his loss.

He sent Wright 20 Instagram messages filled with racist abuse in May 2020. Despite pleading guilty in court last month, the judge didn’t convict O’Brien because he felt that the teen had shown significant remorse. O’Brien had donated 500 euros to the Irish Network Against Racism and offered Wright a written apology, which the footballer accepted.

Wright was “disappointed” by the verdict. “I wasn’t expecting my forgiveness to be an invitation to lighten the sentence,” he wrote on Instagram. “I can only wonder what deterrent there is for anyone else who spouts this kind of vile racist abuse.” However, EA Sports has now handed O’Brien a lifetime ban and removed all of his FIFA accounts.

“Ian Wright is part of our EA Sports family,” David Jackson, VP Brand EA Sports FIFA tells Eurogamer. “We hugely value his partnership and support, and we also want him to know he has our support,” Jackson continues. “Last year, Ian was subject to a terrible, racist verbal attack by a player who lost a match of FIFA 20. This behaviour by the player was unacceptable on every level, and we will not tolerate it.

“Our Positive Play Charter guides our actions in a situation like this, and we’ve taken the action to ban the player permanently from playing or accessing our games. Racism must stop. We are committed to continuing our work in positive play, through actions that will make our communities fun, fair, and safe for everyone.”

Not in the streets, courts, or cages. There’s #NoRoomForRacism, anywhere.

Alongside the @premierleague, our club partners, ambassadors, and footballers everywhere we will continue to work together to take action on this issue. Learn more at: https://t.co/V723pNE36g pic.twitter.com/8hxymRjiZe

Wright praised the decision on his podcast, Wrighty’s House. He says that EA apologised to him, and told him that they had “changed their whole policy” to make sure there was zero tolerance for future abuse. He also praised EA for taking actions and showing there will be consequences for anyone sending racist abuse, even when it is not on their platform.