Donovan ‘Tekkz’ Hunt began the FIFA 19 season as a ‘one to watch’. People tipped him to perform well at tournaments, or maybe even qualify for the FIFA eWorld Cup. What followed was unlike anything ever seen in FIFA esports – maybe even esports as a whole.

The teenager had burst onto the scene the year before in FIFA 18 after winning the FUT Champions Cup in Barcelona. He then signed to the F2 Freestylers as their official FIFA player and looked well-placed for a good season. But what no one expected was that he’d finish the season with a record haul of titles and be at the top of the Global Series leaderboard with more than twice the amount of points as the player in second. He was the indisputable best player in the world.

From the outside looking in, it seemed as if Tekkz was living a dream life. But on winning the first event of the FIFA 20 season, the FUT Champions Cup in Bucharest, he revealed that things weren’t as they seemed and that the youngster had in fact been suffering from the pressure of his unprecedented success.

However, he’s out to change all that. A new team in Fnatic and a fresh approach to how he takes on tournaments have already resulted in what appears to be a happier, more confident (but no less successful) Tekkz.

Following his victory in Bucharest, The Loadout got the opportunity to chat with Tekkz about struggling to cope with the pressure of his record-breaking FIFA 19 season, new beginnings at Fnatic, and how he’s looking to tackle the FIFA 20 Global Series.

The Loadout: This is the third season in a row now where you’ve won the first major. Is there a secret to your early success, or is it that there’s no pressure at the start of a season?

Tekkz: So usually at the start of the season there is very little pressure anyway. In 2018 when I won my first tournament there was literally zero pressure as no one knew who I was at that point. Then last year I didn’t really feel any pressure at the start either.

It was only when I started winning more and more tournaments that I began to feel some pressure, and I didn’t like that feeling. But this year I thought if I go in with no expectations and just play then I’ll feel less pressure and when I don’t feel pressure I play my best FIFA.

How did you sustain your form throughout that record breaking FIFA 19 season, and how are you going to try and replicate that form?

To be honest, there was no tactic or anything behind it, really. I just play. I go to the event, play it, come home, that’s it. If I do well, I do well, if I don’t do well, I don’t. That’s all there was to it really.

You mentioned after your win in Bucharest that despite your success last season you were in a very bad place mentally and weren’t enjoying FIFA. How are you going to stop that from happening this year and head into tournaments with a better mindset?

Yeah, last year it all got a bit too much, there were too many things going on. When I’d win a tournament, I’d feel… Well, I wouldn’t feel anything from it. I would just be annoyed and down for no reason.

My mind was just always on competitive FIFA, and there was no real way out of it.

So this offseason I sort of tried to figure out how I could get some better vibes, so I want to improve my sleeping pattern, try to eat better food, and just have a schedule again and make time to have the most normal life possible. I think that will all help me cope better. When I’m at tournaments now I also try to avoid reading comments [on social media] and I’m going to try to not play as much FIFA this year.

So it was the pressure of being at the very top of the game that was getting you down? Or can you not really put your finger on what it was exactly?

I think what it was is that it was just non-stop. I’d go to a tournament, I’d come back for like a couple of days and then I was usually off again. Also, when I started getting really good at FIFA my mum wanted me to move house so I moved from where I’d lived my whole life. I knew no one in the area of where I moved to in the West Midlands, so I’d be going to tournaments, coming back, and I’ve got nothing to do because at that time I didn’t know anyone. So my mind was just always on competitive FIFA, and there was no real way out of it.

This summer, I went to live at my sister’s house back where I used to live to see my old mates and stuff. It was just the constant pressure and having no way out of it that got to me I think.

It’s safe to assume you would have had a lot of offers during the offseason, so why did you decide to sign for Fnatic?

So when I was at F2, things were good but they had never really been involved in esports before, and I really wanted to be part of a proper esports organisation.

With Fnatic, they’ve got like everything in place already, they’re good in other esports like League of Legends and CS:GO. They also could offer me the best deal in terms of… well everything really. They can give me a lot of support at events, help me with other things like social media. So realistically, Fnatic was the best option for me.

How many other options did you have on the table during the offseason?

Well, I got a lot of offers. But to be honest there was only really a few serious ones. Obviously, I can’t go into details as to who they were… I don’t think I can anyway! But I’d say there was probably… five? Yeah, five serious offers. But none as good as Fnatic.

So we’ve got the eClub World Cup qualifiers coming up. You’ve said you’ll be competing, so any news on a teammate yet? Will it be someone already part of Fnatic, or a new signing, or not sure yet?

So, I’ve got a new teammate, but I can’t say who just yet. It should all be announced within the next couple of weeks, not sure of exactly when but soon. But it’s the teammate I wanted, so I’m excited for it.

What does your coach Enzo do to help you out at events? Is it more tactical advice, emotional advice, or both?

He definitely helps me more on the tactical side. Last year, when I started playing I’d only ever have like one tactic, and if it wasn’t working in a game I wouldn’t really know what to do to change it.

Related: The best esports teams of 2019

I already knew Enzo from events and asked if he wanted to coach me. In our first event together, there were a few matches where we were drawing, he would tell me a few things after the first leg, I’d do it, and I’d end up winning the games.

We spoke to Lyricz a couple of weeks ago, who you played in the Xbox final in Bucharest. We asked him which players he thought would smash it this year and he said yourself and Diogo. Who are you tipping? And you don’t have to be courteous and say Lyricz…

No, I agree with him though that Diogo is one to watch this year. He did OK at the first event, got out of groups, but he didn’t play his best. But I think he’ll improve for the FCC 2 and perform much better than that.

Another I’d say is probably Niklas ‘NRaseck’ Raseck, he has always been a quarter-final/ semi-final kind of player so I think this year he’ll be able to go further and win a tournament or two, he seems a better player this year. 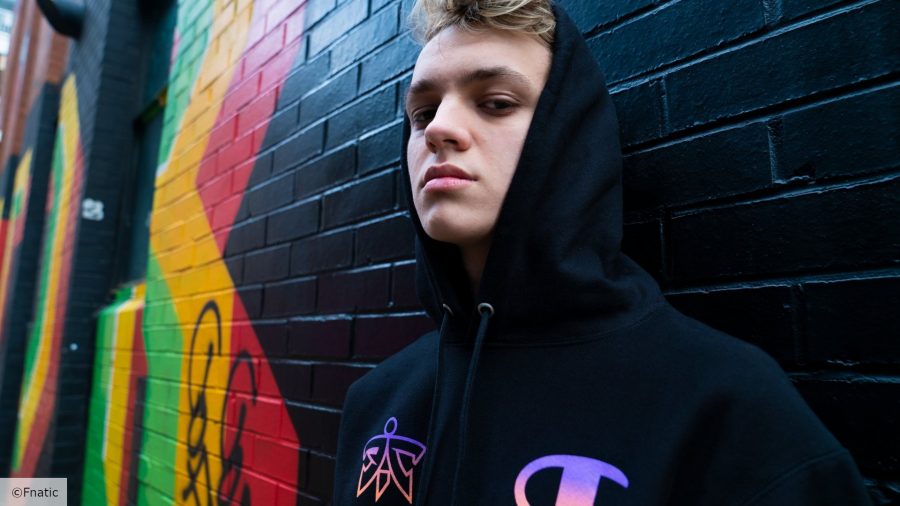 Are there any particular changes to the Global Series this season that you personally like? And what’s the one thing you still think needs to change in FIFA esports?

One thing I really like is that now if you get top four at a tournament, you automatically qualify for the next one, so last year I got top four at every FUT Champions Cup but still had to go through the qualifier each time. That’s my favourite change.

Things I think could still be changed… Something everyone wants is a loser bracket. For example, I went unbeaten in Swiss, but if I lost that first knockout game I’m straight out of the tournament and I don’t think it should be like that.

Have you set yourself any actual goals or targets for this season then, or is it just a case of going in and what happens happens?

Yeah, I don’t really set goals to be honest, because if you set a goal and end up not achieving it it’s really disappointing.

Last season, it was loads of titles, numerous records smashed, but a disappointing performance at the eWorld Cup. If you could, would you go back and change that and swap all the titles you won for a better showing at the FeWC?

I don’t think I would. Last year I went into everything saying “whatever happens happens” but this year I obviously want to win the eWorld Cup but if I don’t win it then I don’t win it, you know?

I just want to enjoy myself more. And I feel like if I enjoy myself I’m more likely to give a better performance when it comes round to the eWorld Cup, but I guess we’ll have to wait and see, really.