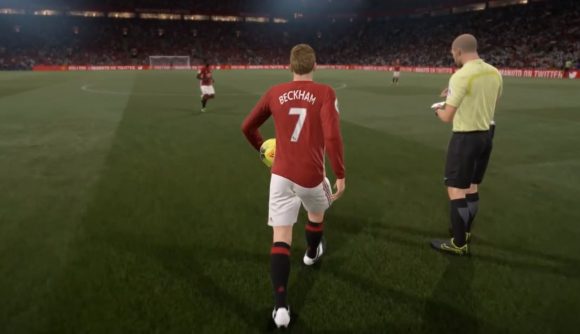 A new esports organisation, co-owned by none other than David Beckham, has been launched to “bridge the gap between sports and esports.” Guild Esports is based on the traditional football academy model and will see burgeoning esports talent nurtured by industry leaders to develop the right skills so they can carve out a professional career.

The organisation, which plans to expand into a number of esports including FIFA, Rocket League, and Fortnite over the next year, is being led by company executive Carleton Curtis, who was involved with forming the Overwatch and Call of Duty Leagues. Beckham’s involvement might seem a bit strange, but Golden Balls is surprisingly raring to go apparently.

“Throughout my career I’ve been lucky enough to work with players at the top of their game, and I’ve seen first-hand the passion and dedication it takes to play at that level,” he says in the press release.  “I know that determination lives in our esports athletes today and at Guild we have a vision to set a new standard, supporting these players into the future. We are committed to nurturing and encouraging youth talent through our academy systems and I am looking forward to helping our Guild Esports team grow.”

Guild’s communication team tells The Loadout that the footballer will have an “extensive, hands-on role” in the development of the team through the academy system, as well as executive decision making when it comes to sponsorship, marketing, and branding.

The organisation might not have any players just yet, but expect them to branch out and start making some signings in the next few weeks.