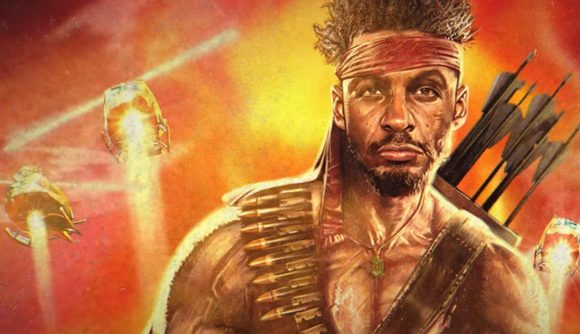 Ubisoft already announced that Far Cry 6 will be getting DLC that let you play as the franchise’s most famous villains, but now the publisher has revealed that free DLC is also on the way after launch too. Headlining the free updates are three DLC missions that will crossover with famous actors or franchises from popular culture.

The first of these crossover missions stars actor Danny Trejo and is titled ‘Danny & Dani vs. Everybody’. The other two crossovers are far more exciting. The Rambo franchise will join Far Cry 6 in the ‘All The Blood’ mission, with the final mission introducing Netflix’s powerhouse franchise Stranger Things in ‘The Vanishing’.

These three missions will be free for everyone and launch in December 2021, February 2022, and March 2022 respectively. Before that, in October and November, players will get access to six Special Operations which take place in unique areas of the world and introduce new gameplay mechanics as players “must snatch highly unstable chemical weapons from Antón’s arms dealers and get to the extraction point before it overheats.”

The first two locations, Mesozoico and Maceo, will be available at launch, with the other four arriving after the game has shipped. On top of that, Far Cry 6 will update the game every week with a new Weekly Insurgency which becomes available after completing the game. These insurgencies ask you to take down partisans of Antón and eliminate the threat they pose.

All of this can be seen in the roadmap, which Ubisoft has released, below: 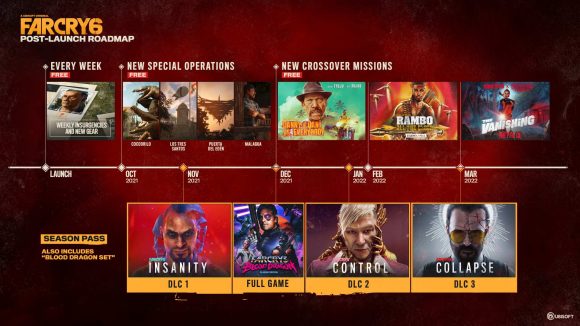 All of this is highlighted in the trailer below: 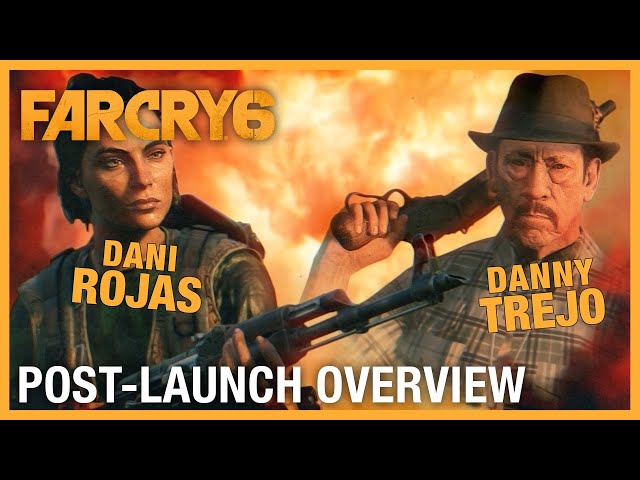 Far Cry 6 is less than one month away now and we will be covering the game in the lead-up to and after launch. Recently, it was discovered that the audio director for the game drove more than 4,300 miles around Cuba to capture the sights and sounds of Yara, Far Cry 6’s setting.