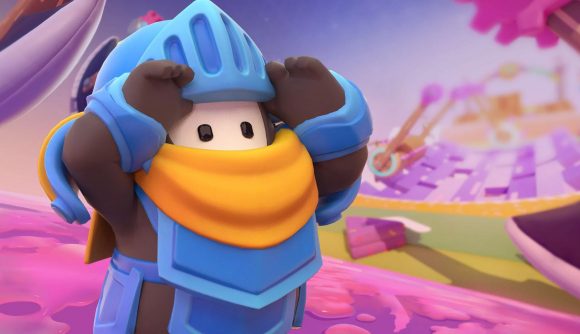 Ask any of the biggest streamers out there what their opinion on stream sniping is and you’ll get a pretty damning answer. That’s why it’s all the more shocking that Felix ‘xQc’ Lengyel took it upon himself to do just that in the Fall Guys Twitch Rivals event over the weekend.

The debacle happened on Saturday when the former Overwatch League pro grabbed ‘AngryPug’ to prevent them from qualifying and to allow his teammate Turner ‘Tfue’ Tenney to claim third place. Although he’s since apologised for his actions, others involved, such as Ben ‘DrLupo’ Lupo, Michael ‘shroud’ Grzesiek, and Tyler ‘Tyler1’ Steinkamp have all criticised the streamer.

“That was such shitty timing because an hour ago people were talking about like ‘Why does xQc have so many viewers?,” and I’m like ‘Because he’s fucking hilarious.’ And now he does that and all my respect is quite literally gone,” Shroud says in a clip, which you can watch here.

“I’m in disbelief, he literally just made Twitch history. It’s never happened before – no big partner has ever done that. I’m so shocked, because I don’t know what’s going to happen. I don’t even think Twitch does. I don’t know if they’re going to ban him for a week, for a month, for three days – I have no idea.”

However, despite finding the whole thing hilarious on stream, xQc eventually went on to apologise.

“Stop defending my everywhere for no reason,” xQc says on Twitter. “We got into the final game with Dr Lupo and shroud’s team. We shouldn’t of [sic] done it and it was wrong. I’m sorry for my actions. I thought it would be funny. It did not change the outcome but it was still malicious. Sorry.”

Since xQc’s actions contravene the platform’s community guidelines which state “any activity that gives the account owner an unfair advantage in an online multiplayer game is prohibited,” Twitch might take action.

Whether that’ll be in the form of a warning or a ban though remains to be seen.