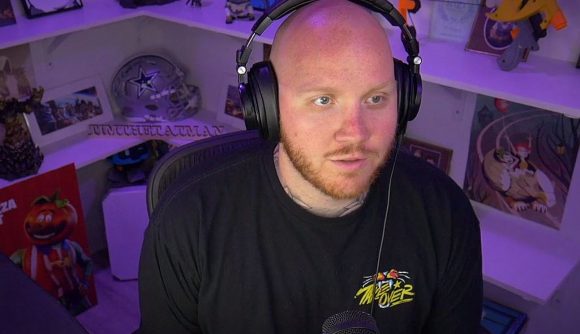 Tim ‘TimTheTatman‘ Betar has famously struggled with Fall Guys: Ultimate Knockout since its launch, having recently lost a bet to Lando Norris and being repeatedly roasted by the official Fall Guys Twitter over his lack of wins. Now though, he can finally hold his head up high after securing a single, solitary victory.

The win came on Hex-A-Gon, with TimTheTatman following the advice of our Fall Guys tips guide by hopping from platform to platform slowly, managing to stay a few levels above his competitors as they fell to their doom in the pink slime. Winning on this level will have been especially important to TimTheTatman, given that he had previously choked and thrown away a sure fire win when he was several levels clear of the only remaining opponent.

However, after finally landing the win, he can rest easy. He’s still not good by any stretch, but he’s finally off the mark, and the roasting can now end.

Fall Guys itself has been one of the biggest games of the year for streaming. It shot to the top of the Twitch charts on the day of release, and has since sold 2 million copies in its first week. With Fall Guys becoming a mammoth hit, TimTheTatman’s struggles have been a big part of the early mythos, with witnesses to the monumental event tweeting #IWASHERE in celebration of the moment.

Even without the crown though, it’s clear that TimTheTatman was the big winner here. He’s been pulling in incredible numbers since his struggle has gone viral, with 347,321 viewers tuning in to see the win. TimTheTatman shared the stats of his winning stream, admitting “I don’t think I’ll ever see numbers like this again”. Crueler folk than us would suggest he’ll never see a crown again either…

Several streamers have turned out in support of TimTheTatman finally winning, with Tyler ‘Ninja‘ Blevins claiming his search for the crown and the togetherness it has brought will be remembered as “one of the good things to come out of 2020”. Meanwhile, his win has already been memed in a variety of ways, just as his losses were, with TimTheTatman even posting his favourites on Twitter for his fans to see.