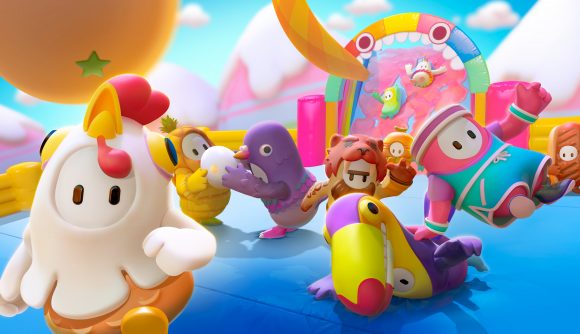 Some people argue that streaming is an easy gig, with nothing to worry about but playing games all day. At least top class athletes, while they too just play games, at least have to keep their bodies in peak condition, right? However, yesterday proved otherwise, as not one but two streamers suffered the same injury: a dislocated shoulder.

The streamers in question were ‘udysof’ and ‘HippieDude12345’, who both sustained the injuries in wildly different ways, with udysof picking his up in victory and HippieDude12345 sustaining his in defeat. It just goes to show you that injuries can strike at any time if the streaming game.

You really have to feel for udysof, whose dislocation came from an overexhuberant celebration. After picking up two new followers, he launched into a full bodied whip, but before he could complete the nae nae, his shoulder joint popped out and udysof went rushing out of the room, yelling in pain. He later streamed from his hospital bed, confirming his injury.

You can watch the full clip of the unfortunate incident from udysof’s Just Chatting stream below.

HippeDude12345, on the other hand, will have been in a bad mood before even sustaining his injury. Playing the viral smash hit Fall Guys: Ultimate Knockout, HippieDude12345 had reached the final round of Fall Mountain, and looked to be in contention for the crown. However, after being clobbered by the hammers – a noted hazard in our Fall Guys tips guide – the streamer was pulled back to third place, and saw a pineapple jellybean grab the crown instead.

In his frustration, he punched his keyboard, sending his shoulder immediately out of joint as he doubled over in pain.

You can see the clip below, courtesy of esports journalist Rod Breslau.

If anyone tries to tell you being a streamer is an easy, risk free job, just show them these clips.