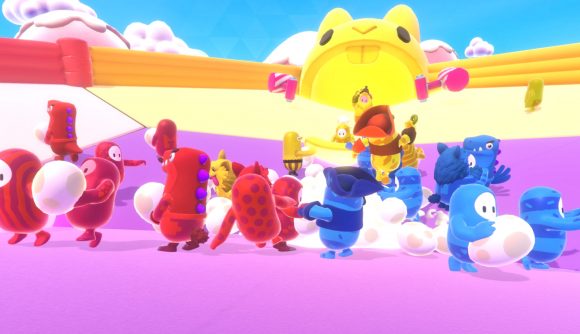 You’d think a game as cute and cuddly as Fall Guys would be immune to cheaters, but hackers have actually plagued the game since the beginning, with some being spotted even before the game’s full release. After becoming a huge viral hit, the cheating has only gotten worse, and now Fall Guys is poised to act.

This action comes in two distinct forms. First, Fall Guys has said it is “expanding the current detection system this week,” but that will only act as a temporary fix. However, the game has also promised a “BIG update in the next couple of weeks” which will implement the anti-cheat software of Fortnite into the jellybean battle royale.

Fortnite also took the world by storm at launch, using its popularity in the streaming world to propel it to become one of the most recognisable games on the planet. Fall Guys is on a similar trajectory, and players will welcome this decisive action.

This anti-cheat software is Kamu’s Easy Anti-Cheat Software, owned by Fortnite developers Epic Games. There are over 100 PC games which currently use Easy Anti-Cheat to weed out cheaters, and it appears Fall Guys will soon be part of that group.

Thanks for bearing with us!

Fall Guys has been met with almost universal praise since its release (although Michael ‘Shroud’ Grzesiek is no fan), with the rising level of cheaters the biggest drawback with the game. As it heads into the Medieval themed Season  2, it appears they’re trying to slay those dragons.

Fall Guys recently introduced new hammer Big Yeetus, designed to shake things up by either sending players flying backwards or forwards at random. Now though, it seems the cheaters are getting yeeted out of the game.