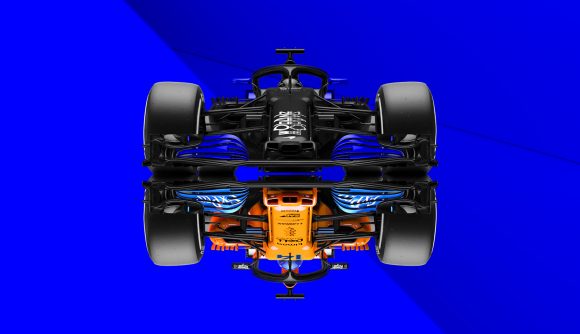 Some of the world’s best rookie Formula 1 drivers will be heading to McLaren’s headquarters in Woking this weekend to fight for a place on the McLaren Shadow esports team.

With success stories such as Rudy Van Buren, Igor Fraga, and Enzo Bonito, the six rookies, who have beaten hundreds of thousands of players and passed countless global qualifiers, have it all to play for. With McLaren investing in esports as a way of nurturing and growing talented drivers, the Shadow Project could well be the grassroots of Formula 1.

Zak Brown, CEO of McLaren says: “If the grassroots [of racing] has historically been karting, which is still expensive, I see gaming as the ultimate grassroots of motorsports, being wide and deep and everyone can afford it.”

McLaren has a track record for developing its drivers, and winning the final of the McLaren Shadow Project represents an incredible opportunity for a young driver to make the next big step in their career with one of the most successful Formula 1 teams of all time.

To be chosen as the team’s driver, the rookies will need to undertake a series of online and offline tests. Last year, the drivers took to the track on some of the world’s best racing games, including Forza Motorsport 7, Real Racing 3, Project Cars 2, iRacing, and rFactor2, before being subjected to performance testing, a race simulator, and a track day at Dunsfold in a McLaren 570S GT4 car.

To watch the grand final of the McLaren Shadow Project, tune in on YouTube on Saturday (December 14) from 11AM PST (2PM EST/7PM GMT).